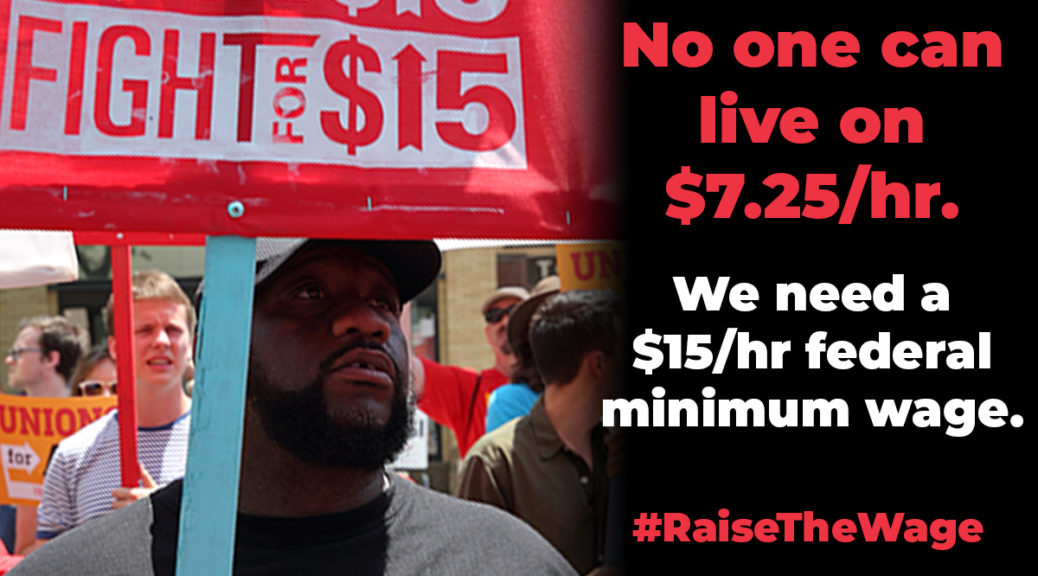 For almost a decade, workers have spoken out, marched, and gone on STRIKE for a $15/hr minimum wage — the minimum we need to live a life of dignity. In November, workers put champions for $15 in the White House, and in January solidified their control of Congress.

Now, a bill to raise the minimum wage to $15 has been announced in Congress. We’ve never been closer.

We can’t let up. Now, it’s up to us to make sure we WIN. For workers, for our families, and for justice.