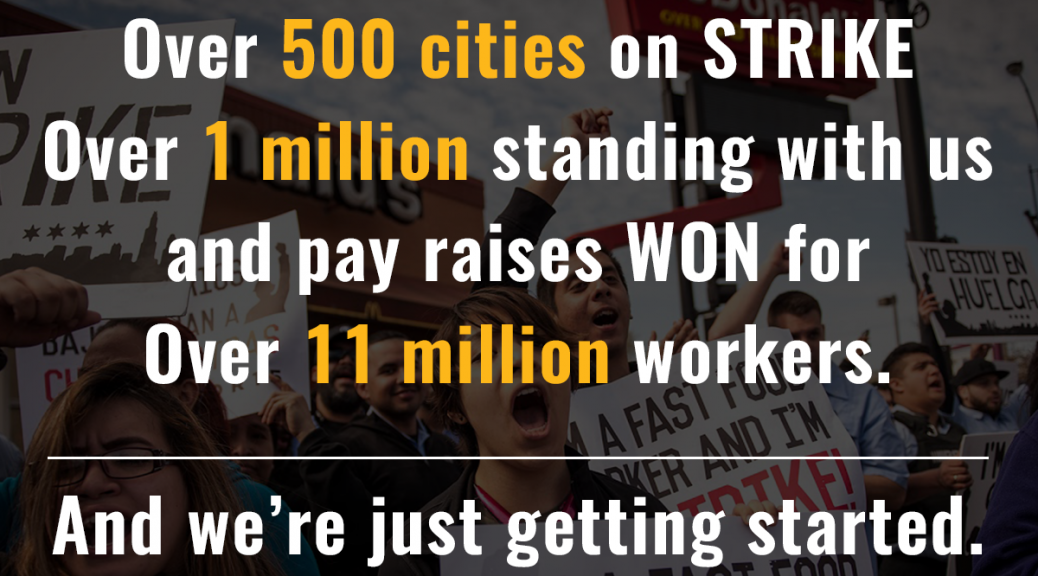 We’re making huge progress – but for over 64 million people STILL working at jobs paying poverty-level wages, this fight couldn’t be more important. We won’t stop until ALL underpaid Americans have $15 and union rights.

We are winning. Join the movement: Sign the Fight for $15 voter pledge today >>