2020 Candidates Stand with Workers Fighting for $15 Across the Country 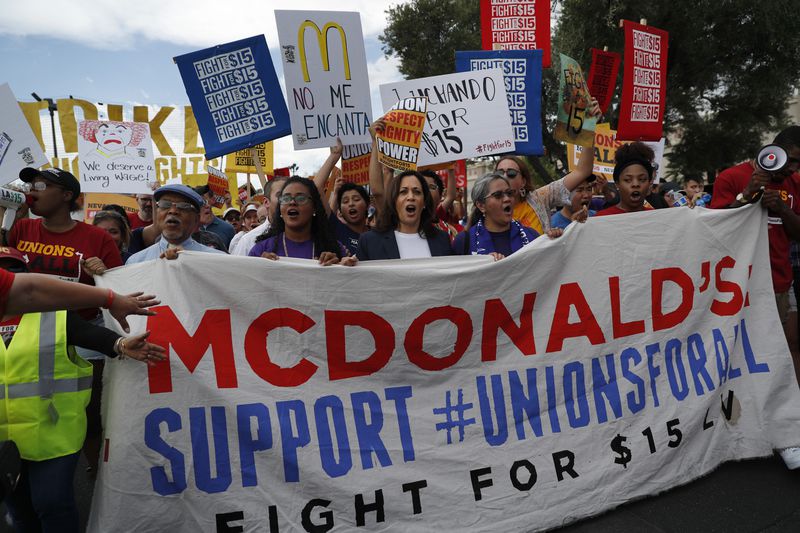 Candidates for president are criss-crossing the country, gearing up for the all-important 2020 election. And workers are demanding that candidates make $15 an hour and union rights front and center in the national conversation.

Check out this video of presidential candidates joining Fight for $15 workers on strike lines around the country and share it with your friends and family.

Sen. Kamala Harris joined McDonald’s workers marching in Las Vegas, NV for higher wages and better protections on the job, and she recounted her own experience working at McDonald’s while she was in college. Harris said: “If we want to talk about the Golden Arches being a symbol of the best of America, well the arches are falling short.” 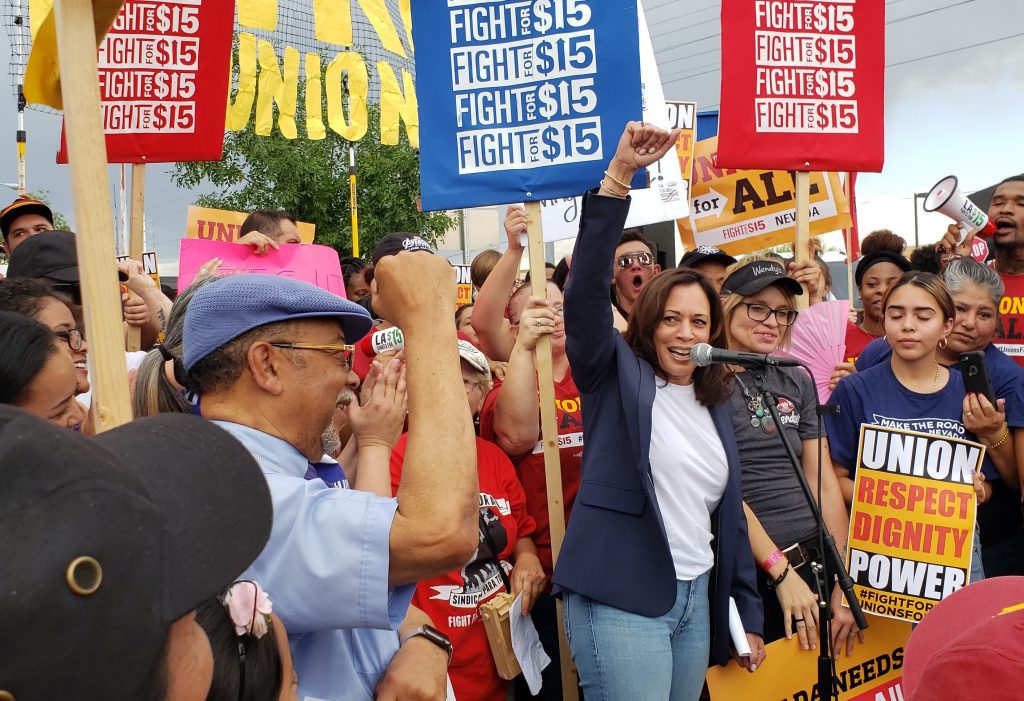 Sen. Cory Booker stood with striking workers in Charleston, SC and said, “We will match their power to try to make us weak with our strength through coming together and organizing. And we will say that it’s time in America that we no longer allow people to pay poverty wages.” 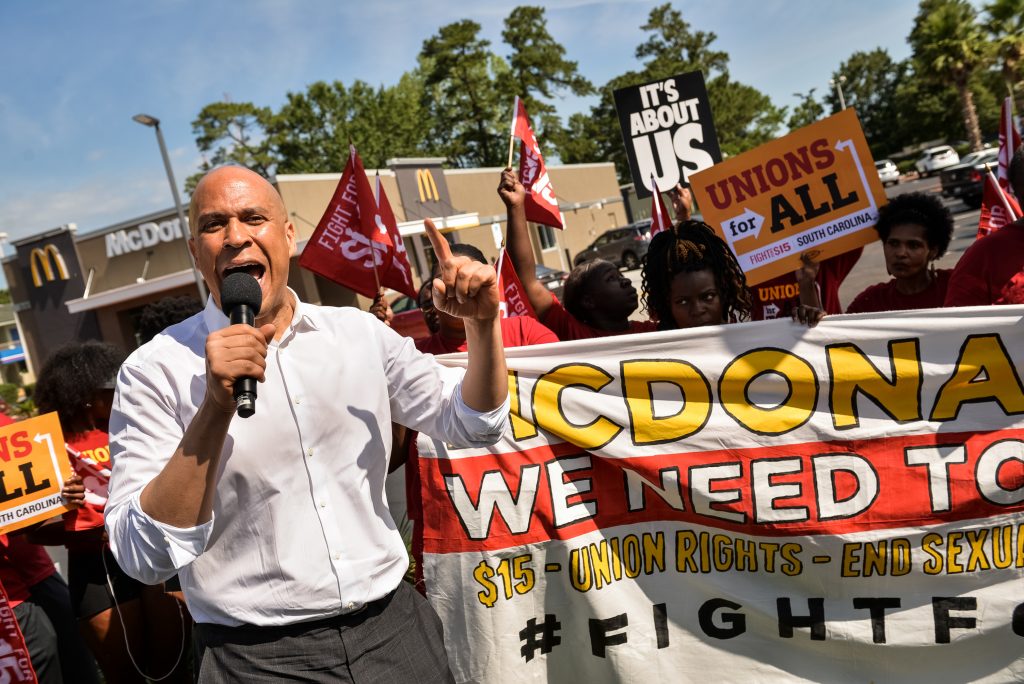 Mayor Pete Buttigieg joined workers marching through Charleston and expressed the importance of the movement for millions of workers across the country. “Everyone ought to have $15 and a union as a floor, not a ceiling,” Buttigieg told the workers. “That is the beginning of what it takes.” 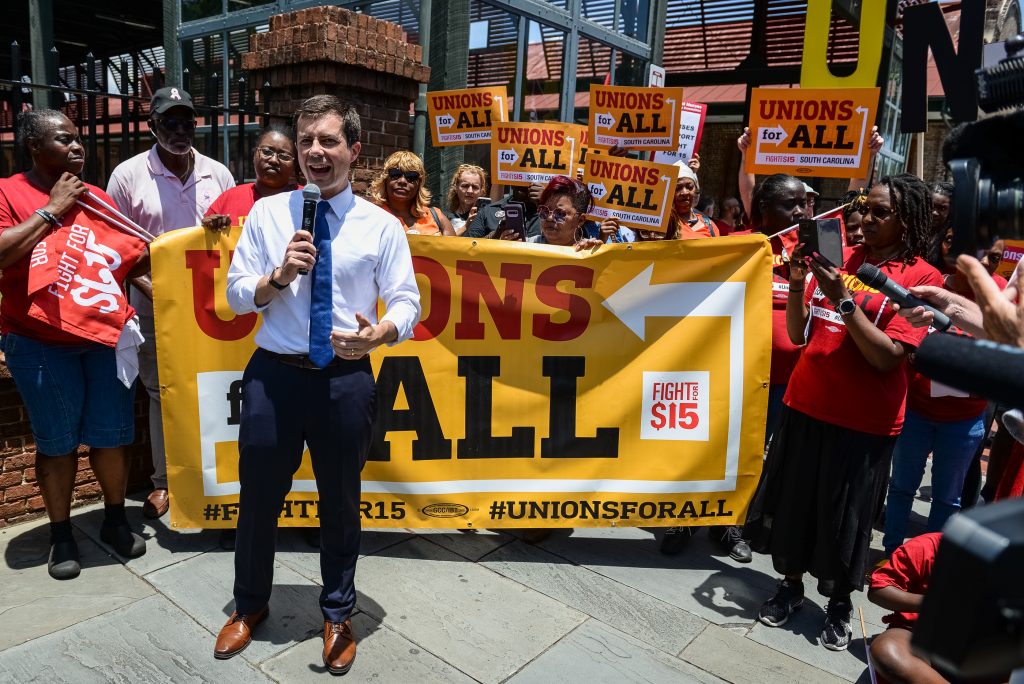 Beto O’Rourke delivered coffee to striking workers in Charleston and offered words of encouragement to activists, workers, and allies organizing in the Fight for $15. “I want you to know that I understand that it will not just be the president, it won’t just be the members of Congress who make this happen,” O’Rourke said. “It will be those who struggle, who march on days like today, who force the action that we need in this country.” 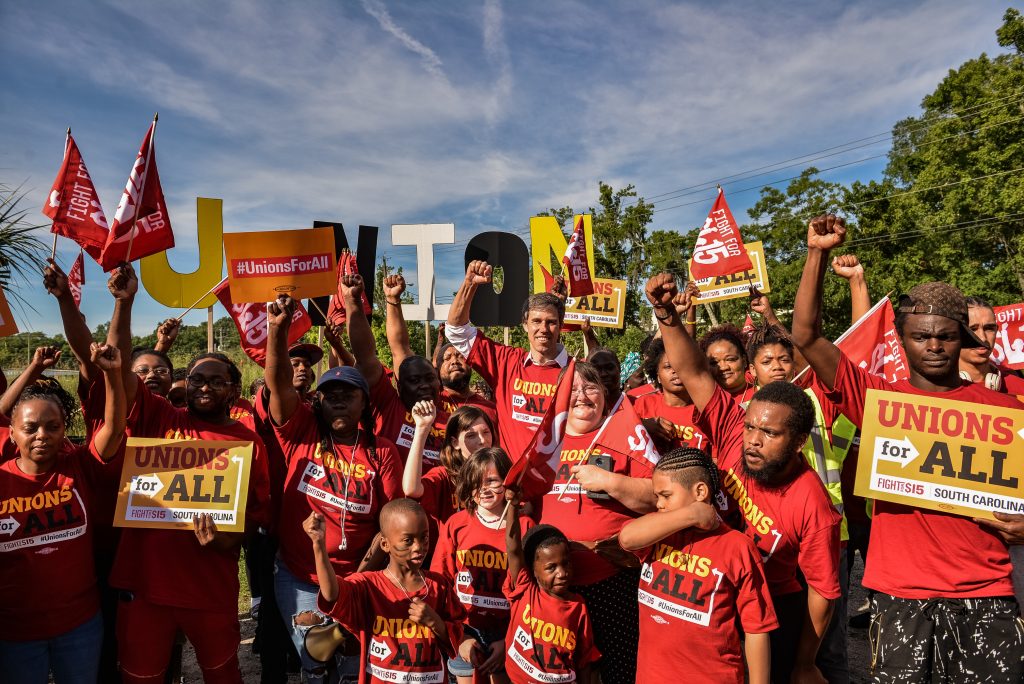 Thanks to everyone who has marched, spread the word, organized, or stood with workers, the Fight for $15 and a Union is winning — and presidential candidates are taking notice.

The momentum is on our side. But we won’t stop until every single worker has $15/hour, union rights, and safety and security on the job. Share this video to spread our message and move us closer to victory.