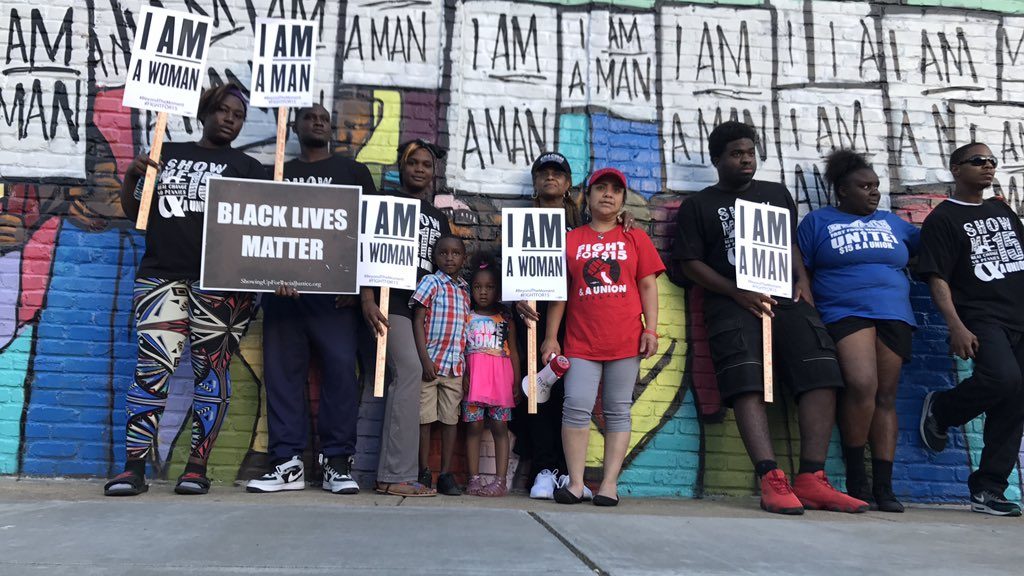 He was protesting when he was shot – standing with striking sanitation workers in Memphis.

And today, thousands in the Fight for $15 and Movement for Black Lives carried on his dream in protests across the nation.

We occupied the mayor’s office in San Diego:

Fast-food cooks and cashiers in Virginia and North Carolina wore MLK buttons to work in solidarity:

And in Los Angeles, a McDonald’s restaurant was forced to close in face of massive protests:

At 6:01 pm CT, the anniversary of Dr. Martin Luther King Jr’s assassination, we came together across the country for a moment of silence to honor his lifelong fight:

Our message? Racial and economic justice for all.