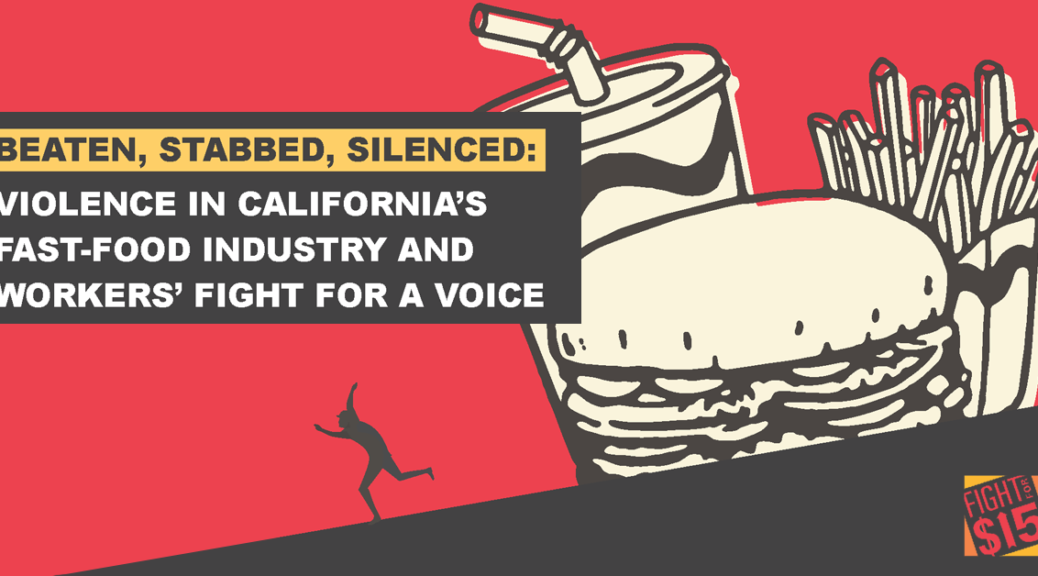 Fast-food companies promote their restaurants as family-friendly places to eat and work, but fast-food workers tell a grimmer story of restaurants that become havens for violent activity, in which these mostly Black and brown workers are regularly assaulted, robbed, spat on, yelled at, sworn at and told to go back to “their country.”

Violent activity at fast-food restaurants across California generates tens of thousands of 911 calls a year, to the detriment of workers, the surrounding community and local public safety budgets, while fast-food corporations refuse to take common-sense steps to address the problem.

AB 257, the FAST Recovery Act, would give workers a seat at the table to increase corporate accountability across the fast-food industry. AB 257 allows fast-food workers, and employers to set binding standards to address the crisis of violence and enables franchisees to push corporate franchisors to provide the resources needed to prevent violence and operate safe restaurants.