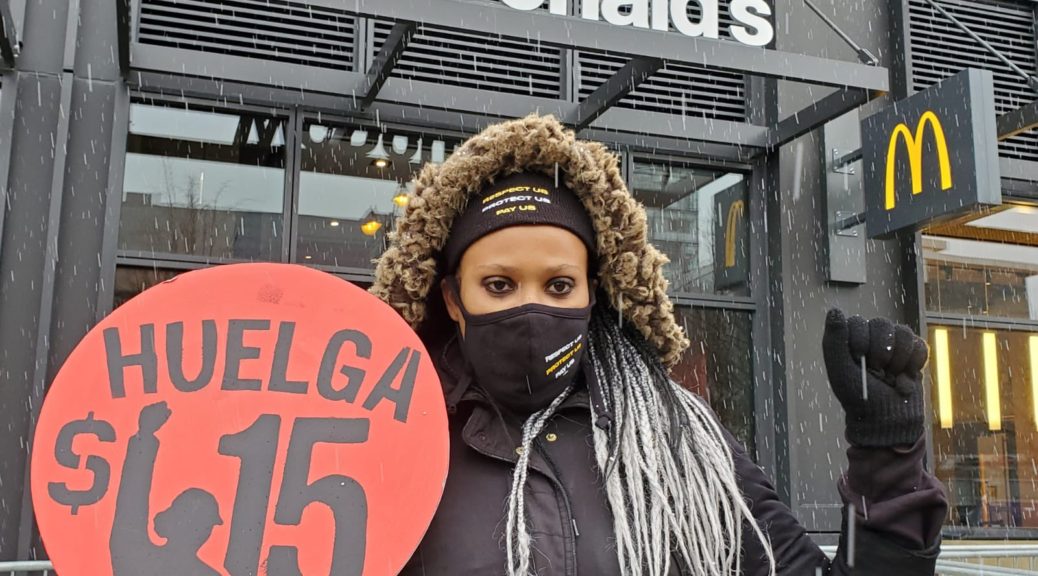 Today, fast-food workers nationwide went on STRIKE to demand corporations like McDonald’s pay workers what they need to survive — $15 an hour.

WATCH: Today, fast-food workers in 15 cities across the U.S. went on STRIKE for fair pay and union rights on the job. We also held demonstrations calling on Congress to #RaiseTheWage ASAP.

Momentum is on our side, and with solidarity, we will win. #FightFor15 pic.twitter.com/Q7Sc2BTcAY

Workers have been walking off the job to demand $15 for years, and it’s worked. From LA to Chicago we’ve seen more than $70 billion in raises for over 27 million workers.

Now, after turning out to vote in the millions for candidates who support $15, we’ve never been closer to raising the federal minimum wage. Just last night, President-elect Biden announced he would make $15 an hour a key priority in his COVID response.

Now’s our chance to make history. NOW is the time for $15 and a union. Watch and share this video to make sure the demand for $15 an hour is seen by all: