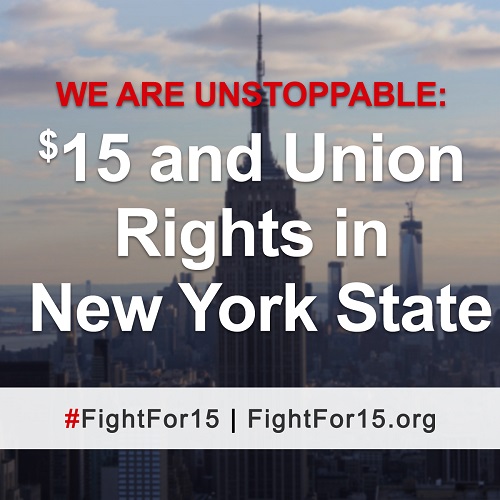 Just moments ago, the Fight For $15 scored our biggest win EVER. New York State officially approved a $15 wage for every fast-food worker across the state.

Three years ago, this movement began on the streets of New York – when a scrappy group of fast-food workers went on strike and called for $15 and union rights.

The skeptics called us crazy – said we would never win.

Today? We have a crystal clear answer for them: We ARE winning. We will KEEP winning.

We won in Seattle.

We won in San Francisco.

We won in Los Angeles.

And today, we won in all of New York State.

Today, we stand shoulder-to-shoulder to call for fair pay and union rights for all.