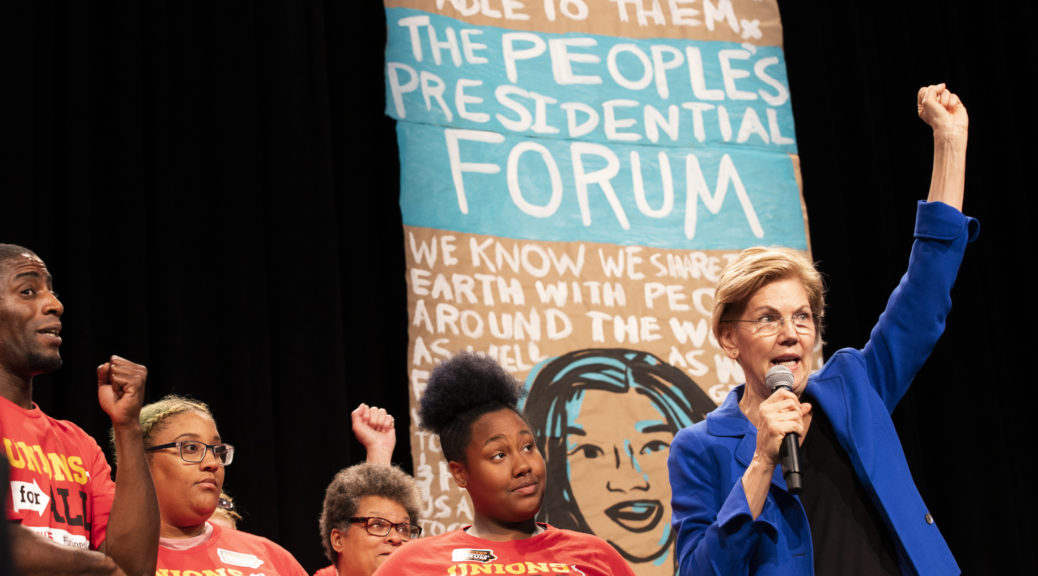 This past weekend, FIVE major presidential candidates joined striking fast-food workers and supporters in Iowa to show their solidarity with the Fight for $15 and Unions for All.

Senator Kamala Harris, a former McDonald’s employee, joined striking workers and called for a living wage and Unions for All.

“The Golden Arches are not representing opportunity when they don’t pay people a minimum wage that allows them to have a living wage to raise their families.” pic.twitter.com/KS1Hni1TBG

Senator Elizabeth Warren discussed her plans to stop union busting and the importance of having a Secretary of Labor who stands with workers over big corporations.

In a follow up for @ewarren, #FightFor15 leader Terrence Wise asks, what policies she’ll put in place to stop union busting.

Her answer? A national prohibition on right to work laws nationwide, and a mass movement of workers fighting together! #PeoplesForum pic.twitter.com/yWwa8eEhNT

Senator Bernie Sanders said he would end right to work laws and include bargaining guarantees.

At the #PeoplesForum, Senator @BernieSanders lays out his Workplace Democracy Act that includes card check, bargaining guarantees, and the end of right to work laws nationwide!

Former Secretary Julian Castro joined striking workers for breakfast and discussed the importance of a $15/hr wage and a union.

Hundreds of @McDonalds and other fast food workers are taking to the streets of Des Moines to demand a $15/hour minimum wage and the right to form a union.

With the democratic presidential primary heating up this fall, one thing is clear: the candidates are hearing our message, standing with workers, and demanding racial and economic justice for ALL workers.