Celebrate the Fight for $15 this Labor Day 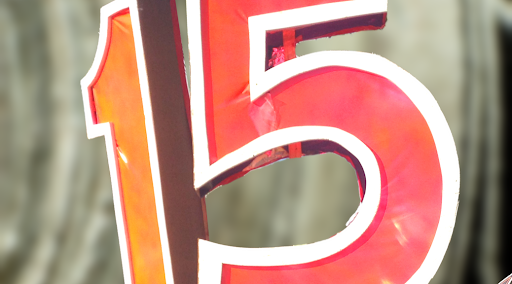 Labor Day is a time to celebrate the accomplishments of workers – and how far we’ve come in the Fight for $15. In recent months, we have had plenty to celebrate. Here are some of the highlights:

Delaware and Rhode Island went to a $15/hr minimum wage.

Workers in Chicago won back pay for being denied paid sick leave.

Workers like Alba organizing and fighting back are why companies like @BurgerKing are held accountable when they break the law, and why they’ll be getting $458,931 in restitution.

Rep. Ocasio-Cortez and Sen. Sanders joined the fight to tell McDonald’s – at their shareholders meeting – that their poverty wages and inhumane working conditions are unacceptable.

New research came out showing that the Fight for $15 has resulted in $150 billion won in raises for 26 million workers since 2012, with half going to workers of color. 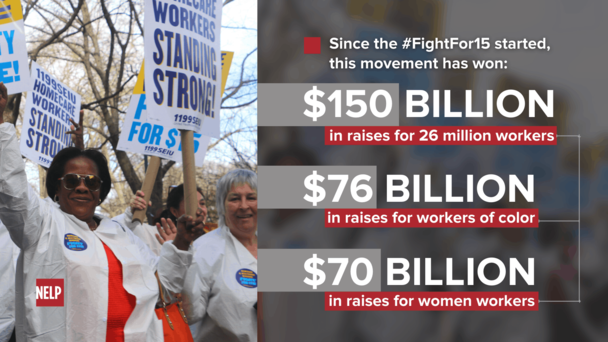 Even as we celebrate these wins, too many working people are still struggling to afford basic necessities like food, housing, transportation, and healthcare. We’re STILL fighting for sick leave for all during the second year of a global pandemic. And we’re still pushing Congress to act and make a $15 wage the bare minimum that working people make in this country.

Share our message online to keep up the momentum until every worker gets $15/hr, and the dignity and respect they deserve.