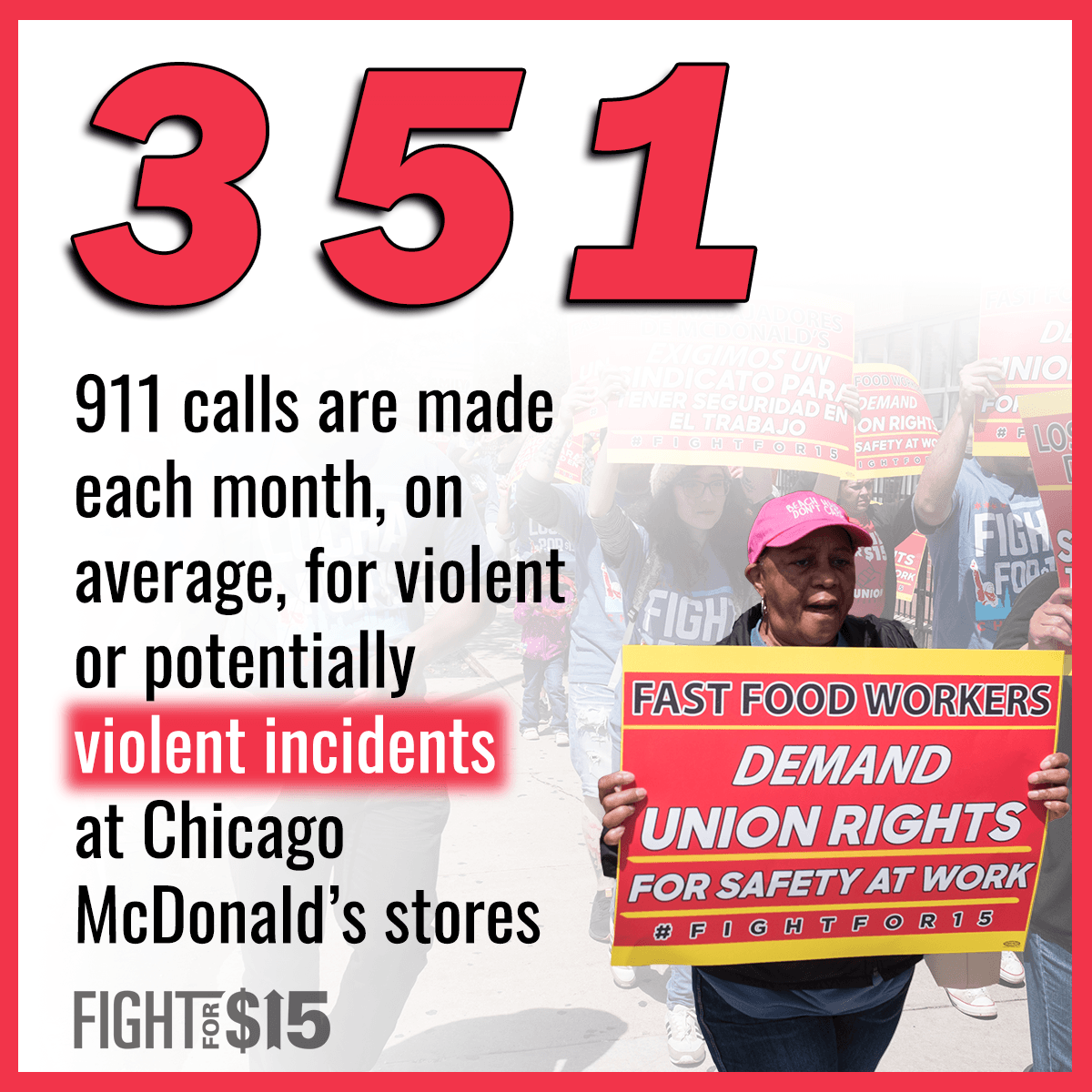 Chicago’s #FightFor15 workers have filed a lawsuit after an epidemic of workplace violence issues. Workers and allies gathered at City Hall in Chicago to announce a lawsuit holding McDonald’s accountable for their failure to keep workers safe.

#FightFor15 workers are demanding McDonald’s make store design changes and institute policies to protect workers from violence on the job.

McDonald’s has been in the news for its new store redesigns, as they plan to invest billions of dollars in stores around the US. However, these redesigns are solely aimed at improving the company’s profits, rather than improving worker safety. In fact, workers who actually work in these stores believe the redesigns have “made it easier for angry customers to leap over the counter and attack…”

This groundbreaking lawsuit highlights some of the biggest risks workers face on the job: lack of safety measures in stores, drive-thrus, counters, and bathrooms.

Chicago #FightFor15 workers have already called the company out on workplace violence — last May, after filing an official complaint against the company for workplace violence incidents, workers received nothing from McDonald’s. If the corporation can spend billions on remodeling, they should be willing to make the same investment in the health and safety of their employees.

Share our graphic on social media to show your support and help fast-food workers win the safe workplaces we’re fighting for!