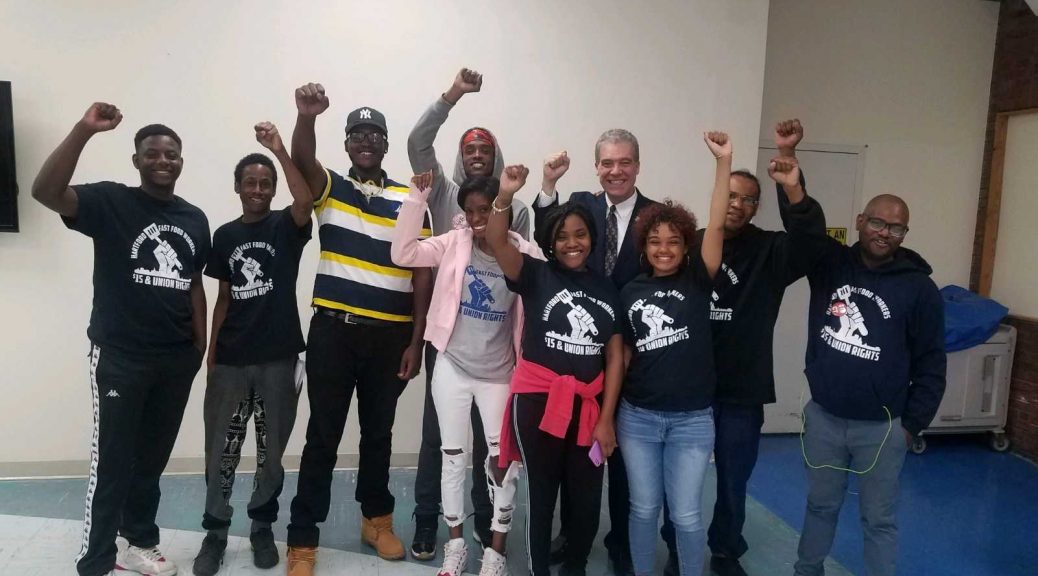 Connecticut is now officially the seventh state to raise the minimum wage to $15!

After legislation passed the State House and Senate, Governor Ned Lamont just signed a bill to officially increase the minimum wage from $10.10 to $15 over the next four-and-a-half years. Thanks to years of organizing by workers, activists, and allies, more than 300,000 low-wage workers in Connecticut will now receive a living wage.

Organizing works. Believe that we will win. ✊? #15inCt #FightFor15 pic.twitter.com/yIh3xUg8YU

The momentum is clearly on our side: in just the first five months of 2019, four states — New Jersey, Illinois, Maryland, and now Connecticut — have passed a $15 minimum wage, a victory for millions of workers and a key step towards reducing inequality.

But we’re not stopping yet. It’s time for workers across the nation to earn a decent wage.

Share the news to stand with fellow workers around the country in the Fight for $15 and a Union!