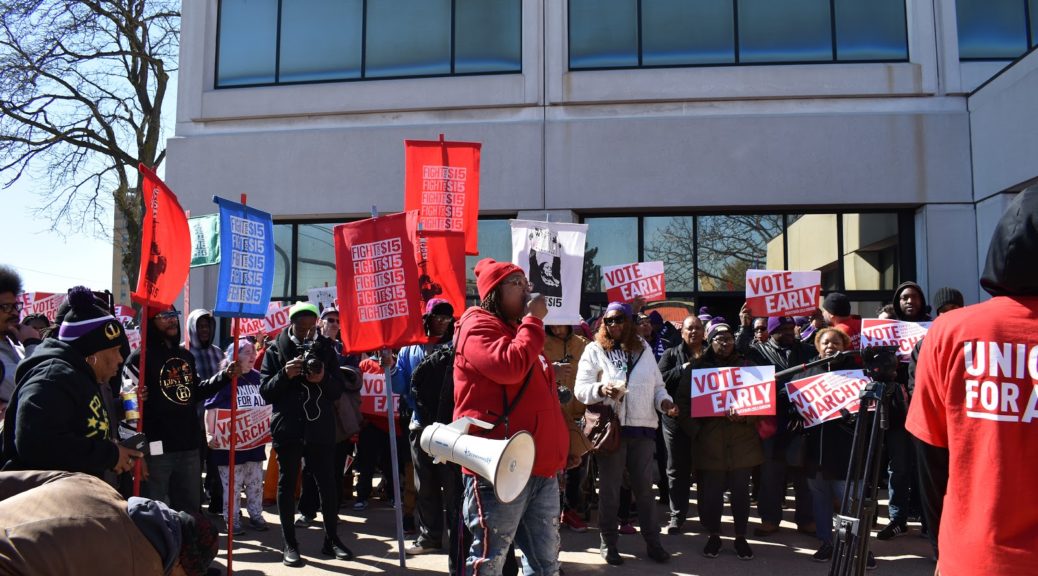 On Saturday, members of Fight for $15 and a Union broke the law to make their voices heard just by by renting a bus to take people to go vote.

What’s illegal about that?! Well, in Michigan, there’s a Republican-backed law that says it’s illegal to hire someone to drive people to go vote.

Make no mistake: They want to exclude poor people, and anyone who wants to change the system by exercising the right to vote.

Today, workers across industries in Michigan took a stand. We won’t let unjust laws stop us from registering and voting in 2020. If it takes civil disobedience, so be it. #FightFor15 #UnionsForAll @seiu pic.twitter.com/tJQuIpa7MI

Owning a car is too expensive for many folks who work at places like McDonald’s. That’s why Fight for $15 workers in Michigan are risking arrest and fighting back—to make sure politicians stand up for us—for our right to vote, higher pay, better health care, and a voice at work.

SIGN NOW: Demand the candidates support voting rights and #UnionsForAll, so that we ALL have a seat at the table—at the ballot box and in our workplaces.