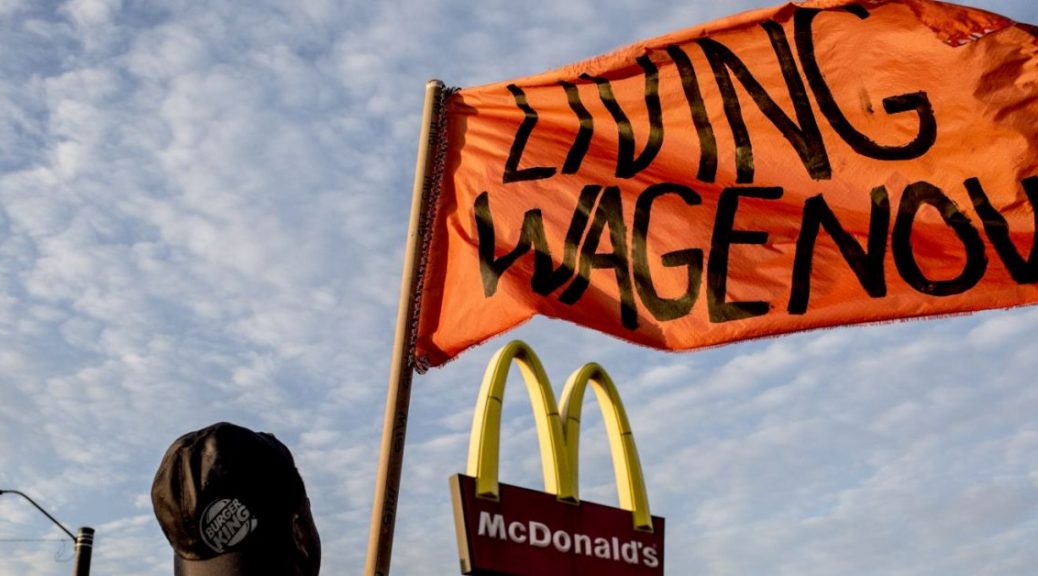 Workers on STRIKE. Sign the petition to support the fight >>

Workers have been fighting and winning increases in the minimum wage across the country. But for too many workers, $15/hr is still years away or not even on the radar at the state level.

That’s why workers have been on strike multiple times this year. In just the past few months, there have been strikes to fight for better wages and working conditions.

Stand with strikers >> sign the petition in support of $15/hr.

The Fight for $15 is winning. 10 states and 40+ cities have raised or are on their way to raising wages for tens of millions of workers.

But the fight won’t stop until EVERYONE has $15/hr and union rights. No one should have to live in poverty. No one should be exploited by billion dollar corporations like McDonald’s.

Until Congress and corporations take action to end poverty wages, the Fight for $15 will keep speaking out, marching, and striking. Add your name in support of $15/hr >>