Huge Day of Action for $15 in 50 Cities across USA 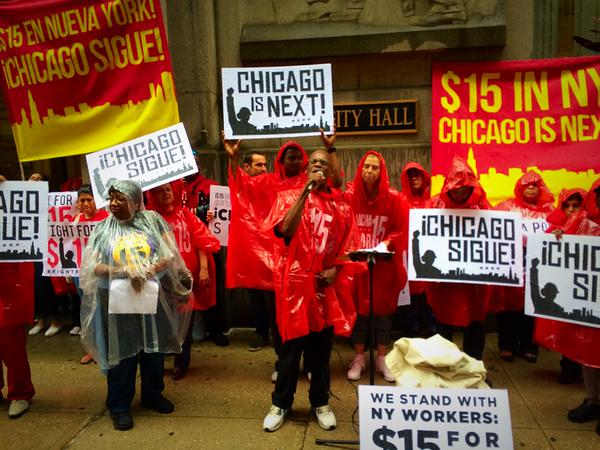 As we celebrated the big $15/hr win for fast-food workers in New York on September 10, the Fight for $15 swept the nation. Workers in nearly 50 cities around the country organized actions calling on their elected representatives to boost pay in their cities and states.

From Miami to Madison, workers came together to demand fair pay of $15 an hour and union rights for all 64 million Americans making less than $15 per hour. It’s time for $15!