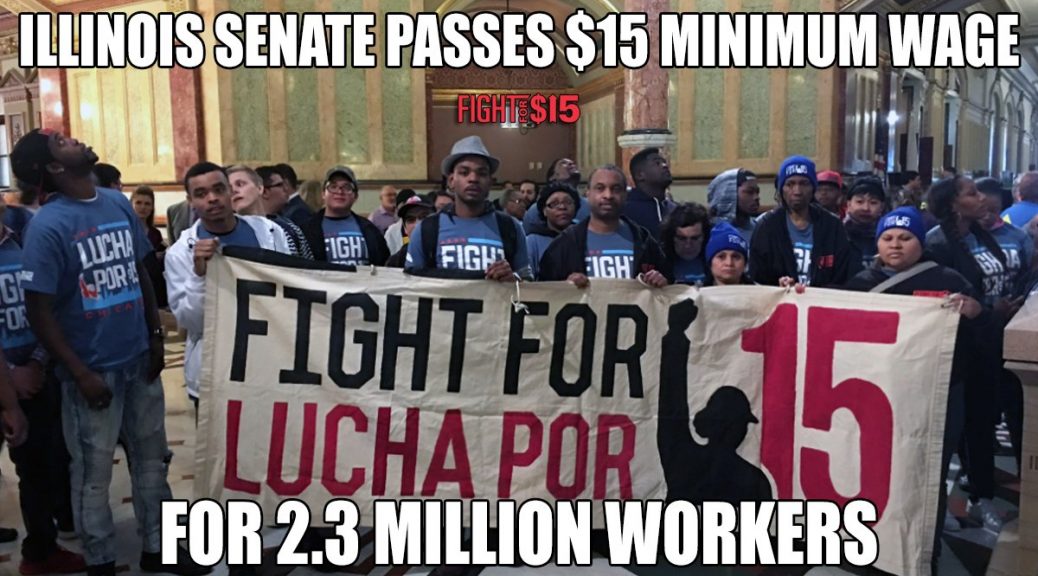 In response to the Illinois General Assembly’s Passage of SB-81, which would gradually raise the state minimum wage to $15/hour, Chicago McDonald’s worker Adriana Alvarez, who is paid $11.00/hour, said on behalf of Fight for $15 Chicago:

“When fast-food workers in Chicago first joined the Fight for $15 more than four years ago, nobody believed we would get this far. But we didn’t have a choice – we knew $15/hour was what we needed to survive. Now, by joining together with other underpaid workers, speaking out, and going on strike, we’re closer than ever to winning $15/hour for 2.3 million workers in the state.

Rauner should allow our state to join New York, California, Washington DC, and communities across the country that are saying $15/hour is the new national standard for wages. If he chooses to side with billionaire CEOs and stand in the way of a raise for 1 in 3 Illinois workers, he’ll find himself on the wrong side of workers, the wrong side of voters, and the wrong side of history.”