This Juneteenth, Join the Movement for Black Lives And Demand Racial Justice 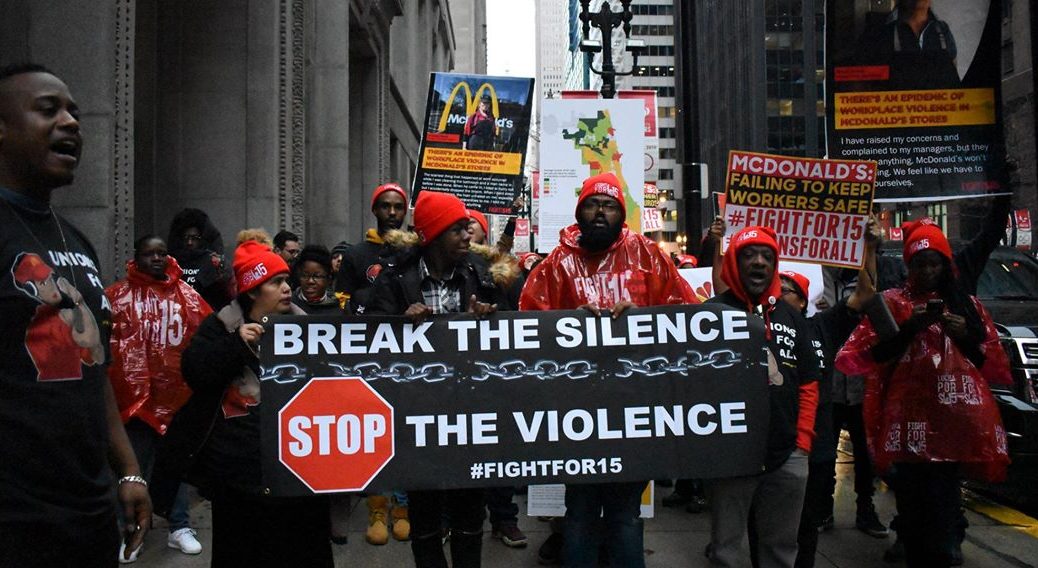 Today, Juneteenth, the Fight for $15 movement stands in solidarity with the Movement for Black Lives.

All across the country, Fight for $15 workers and leaders are joining the Movement for Black Lives for Juneteenth—an annual celebration of the emancipation of enslaved people.

Juneteenth helps mark the beginning of the Civil Rights movement. On June 19th, 1865, the last enslaved people in Texas received the news that Abraham Lincoln had issued the Emancipation Proclamation, officially ending slavery—even though many Black people were still held captive by their enslavers and forced to work.

Right now, uprisings are taking place in all 50 states, and more than two-thirds of Americans agree that police violence is systemic. As a movement fighting for racial and economic justice, we affirm the Movement for Black Lives’ goals for Juneteenth: Divestment from Police, and Investment in Black Communities. There is no economic justice without racial justice.

Just as brave Black women and men stood up 155 years ago to fight for their freedom, today we continue their legacy to keep fighting—and keep winning—justice.

Keep up the fight: find and join a Juneteenth event taking place near you!