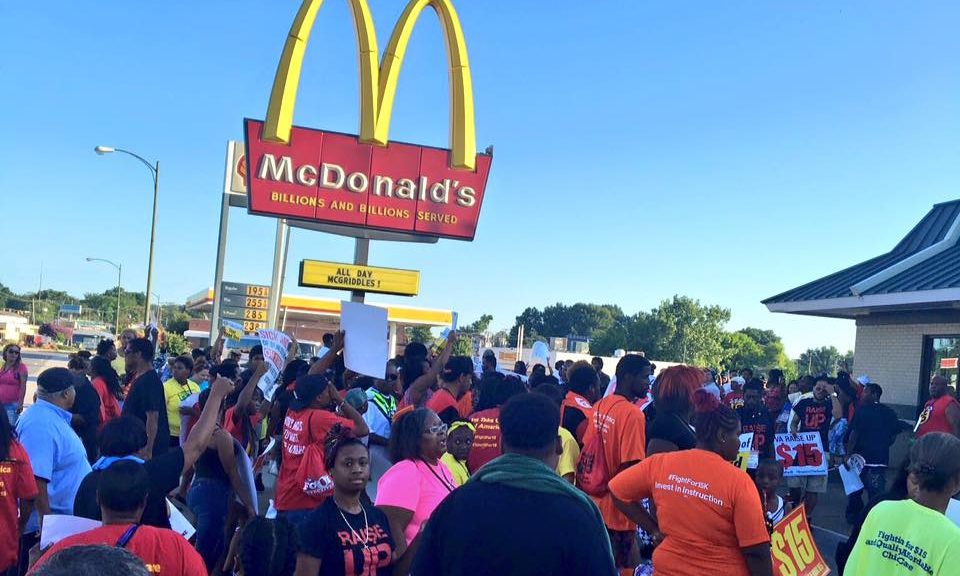 Citing “material misrepresentations” by McDonald’s to its franchisees around exorbitant rental charges, the union called on California Attorney General Xavier Becerra and Illinois Attorney General Lisa Madigan to investigate the company and compel it to “make accurate and complete disclosures” that comply with the states’ franchise laws.

“Put simply, McDonald’s is luring potential franchisees into paying rents that far exceed industry norms, all while reassuring them that everything is appropriate and nothing unusual is taking place,” the complaints read. “That is precisely the kind of deceptive and fraudulent practice that…franchise law was designed to prevent.”

McDonald’s requires its franchisees to lease their restaurants from the company, and rent payments are the largest expense that franchisees pay the burger giant, eating up an estimated 10.7 percent of their sales on average. The complaints, based on an analysis of publicly available franchising documents and a previously unpublished survey of McDonald’s franchisees, allege McDonald’s legally-required disclosures to franchisees about their rent costs are inaccurate, misleading or incomplete in at least three material ways:

The complaints argue that if McDonald’s were required to accurately disclose its rent calculation and return on rent, prospective and current franchisees could pressure McDonald’s to reduce its windfall return on rent and, as a result, gain the financial stability necessary to pay their workers a living wage.

SEIU is calling on the attorneys general to issue subpoenas seeking information about how McDonald’s calculates the rent it charges franchisees, as well as documents concerning any undisclosed or hidden costs the company may impose on franchisees, among other issues.

“The law requires McDonald’s to be honest and transparent about the massive costs it forces on franchisees, not keep them shrouded in secrecy like its special sauce recipe,” said Scott Courtney, executive vice president of SEIU. “McDonald’s sky-high rents leave franchisees financially squeezed, making it difficult to impossible for many of them to pay workers anything more than minimum wage. State attorneys general should use their authority to curb these abusive and illegal practices, giving franchisees space to create good jobs and grow the economy.”

The complaints come as McDonald’s faces mounting scrutiny over its real estate practices in the U.S. and around the world. In April, McDonald’s was hit with three antitrust complaints filed in France, Germany and Italy charging the company with abusing its dominant position in the fast-food industry to extract exorbitant rents from its franchisees.