McDonald’s is the Donald Trump of corporations 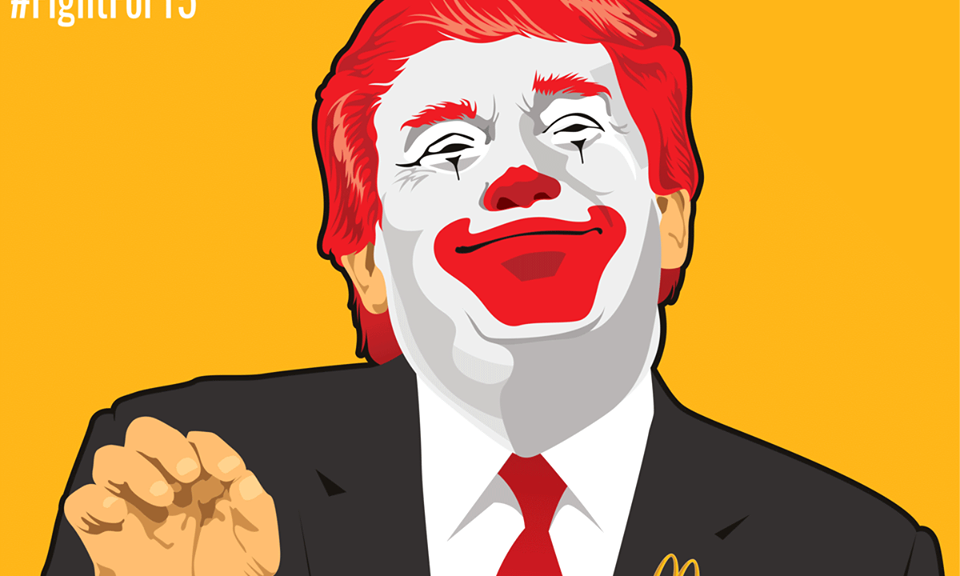 Big news – we’re pushing the March on McDonald’s to the next level: Organizations and leaders across the Trump resistance are joining us to demand McDonald’s support $15 and union rights.

McDonald’s is the Donald Trump of corporations.

Trump AND McDonald’s have a long history of sexual harassment, stealing from or refusing to pay employees, and ripping off taxpayers. Trump himself said wages are “TOO HIGH” – and we know all too well that McDonald’s agrees with that.

On May 23, we are joining up with major resistance groups from around the nation to take the #FightFor15 straight to McDonald’s doorstep and Trump – with a march from Trump Tower to the flagship McDonald’s in downtown Chicago

McDonald’s and Trump are dead set on undercutting our values, and we can’t let them. We need $15 an hour and union rights – and we need it now. And we won’t let McDonald’s, or Donald Trump, stand in our way.

We must stand together, fight together, join together. Spread the word now.

As Carmen Perez, one of the co-chairs of the Women’s March put it: “Labor rights are women’s rights. The link between the gender justice and labor justice movements is strong – but often unacknowledged. Women’s March is proud to join Fight for $15 and others to rise up against unfair labor practices, economic exploitation, and workplace sexual harassment.”

“These fights are our fights, and the only way we win is together.”

P.S. Join the March on McDonald’s in person in Chicago on May 23. RSVP right here!