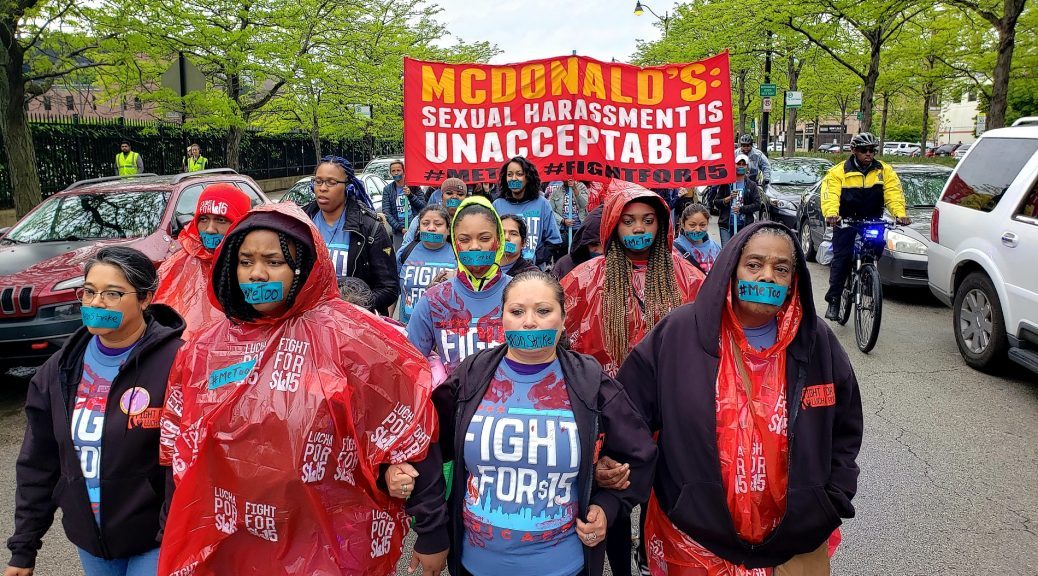 Trigger Warning: This blog contains a story of sexual assault. If you’ve experienced sexual harassment or assault while working in the fast-food industry, call (844) 384-4495 for help. If you are a survivor, here are some tips to get through the COVID-19 crisis.

One of them made lewd comments about her 1-year-old daughter. The other repeatedly sexually harassed and groped her.

But when she spoke up, McDonald’s cut HER hours. Enough is enough.

She and fellow McDonald’s worker Ashley Reddick have filed a lawsuit on behalf of 5,000 women who’ve worked at McDonald’s corporate-owned stores in Florida, demanding they be compensated for what they went through and that they take steps to stop and prevent sexual harassment in their restaurants.

Sign the petition to stand with us and demand McDonald’s stop and prevent sexual harassment.

McDonald’s culture of harassment is out of control.

Cooks and cashiers are regularly harassed. According to the lawsuit, when victims report it, they’re dismissed, made fun of, get their hours cut, or are forced to quit.

And when we’ve demanded McDonald’s meet with us to make a plan to stamp out harassment… they’ve ignored us again and again.

That’s why we’re taking McDonald’s to court. To win the safety, dignity, and respect we deserve—and inspire workers across the nation to fight for what they deserve too.

Tell McDonald’s: NO one is above the law—stop and prevent sexual harassment NOW.