Burned at McDonald’s. Treated with MUSTARD.

Serious, painful and often permanent injuries occur every single day in fast-food kitchens across the country because of dangerous conditions and insane first-aid recommendations like mustard and butter on burns — and that’s just the beginning. Watch the first-hand accounts from fast-food workers and find out what McDonald’s and the fast-food industry don’t want you… Read more → 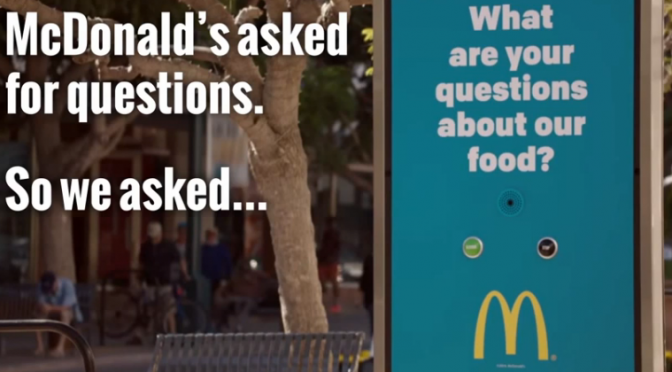 McDonald’s invited people to ask them questions. So you did. See what they said. Then, don’t let McDonald’s ignore fair wages. Share the video far and wide on Facebook and Twitter. 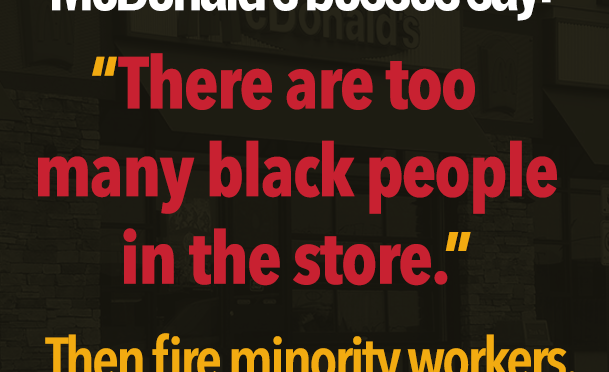 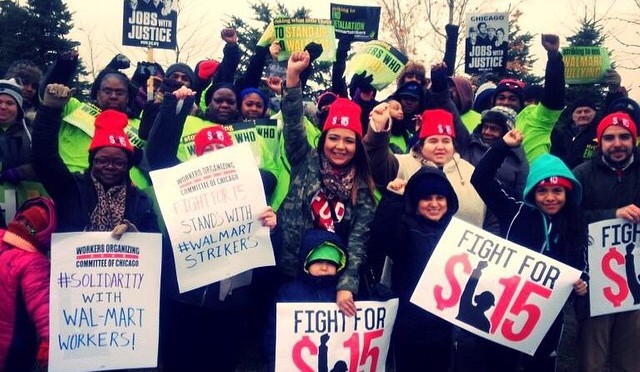 On December 19, 2014, just a few weeks after our biggest fast food strike to-date, the National Labor Relations Board made a groundbreaking ruling: McDonald’s can no longer hide behind their franchisees and will be held responsible for violations against the rights of their workers. The ruling states: “Our investigation found that McDonald’s, USA, LLC,… Read more → 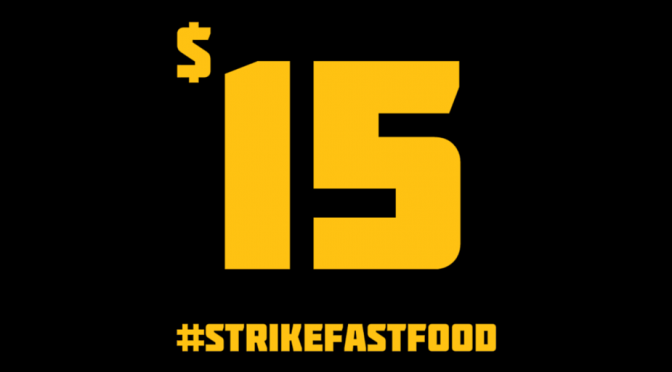 On December 4, 2014, fast food workers across the country stood up and declared: “We deserve more.” Our bosses pay us poverty wages, while we work hard every day to make them millions. It’s not right. If you’re with us, spread the message by sharing this image on Facebook right now. 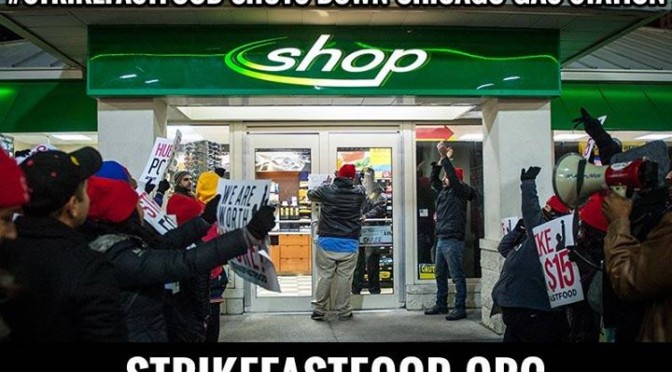 We started this fight at McDonald’s – but we’re really fighting for every American who works hard every day and still struggles to make ends meet. On December 4, 2014, gas station attendants, airport workers and home care workers all joined in the fight for $15. We’re not stopping – not until we win. Share… Read more →

They ran out of handcuffs 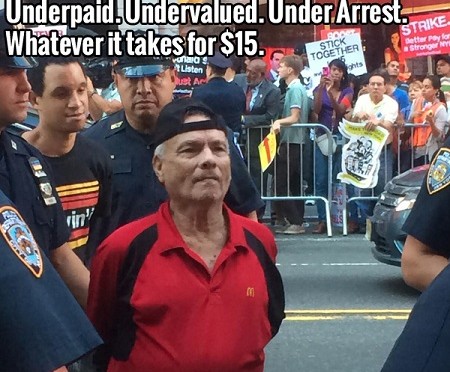 We stood up for what we believe in – and they arrested us for it. On September 4, 2014, over 500 striking workers were arrested in cities across the country. So many workers struck in Detroit that the cops had to stop arresting people – they ran out of handcuffs. One of these arrested workers… Read more → 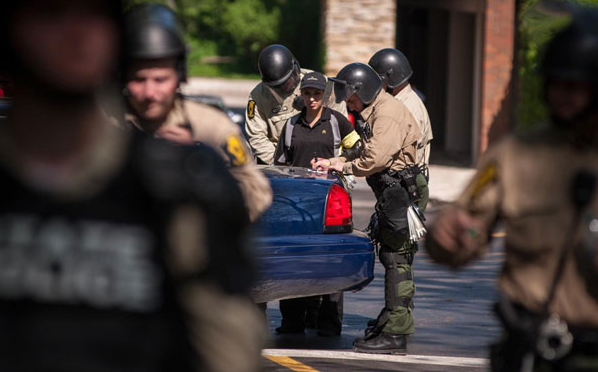 Only a week after the historic #FastFoodGlobal day of action and the day before McDonald’s shareholder meeting, we took our demand — $15 and a union — right to their corporate headquarters in Oak Brook, Illinois. More than 1,000 workers and our supporters marched. 101 of us McDonald’s workers got arrested during the peaceful protest…. Read more → 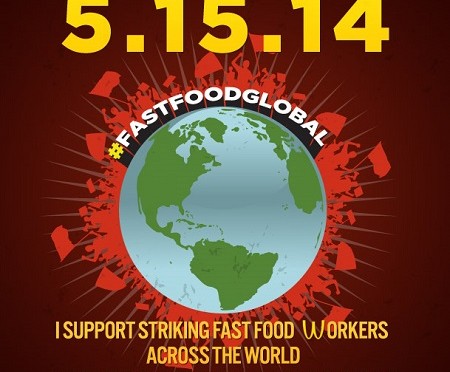 On May 15, 2014, the world stood up for fair pay for fast food workers. Strikes, rallies, and protests took place in more than 230 cities in 33 countries and 6 continents (sorry we missed you, Antarctica!).

McDonald’s tells their employees to go on food stamps

In October 2013, a worker saw a flyer for a “McResources” help line so she called it. Once again, McDonald’s wanted to “help” their workers. Their help? Telling us to go on food stamps and other public assistance programs that cost taxpayers nearly $7 billion dollars a year!