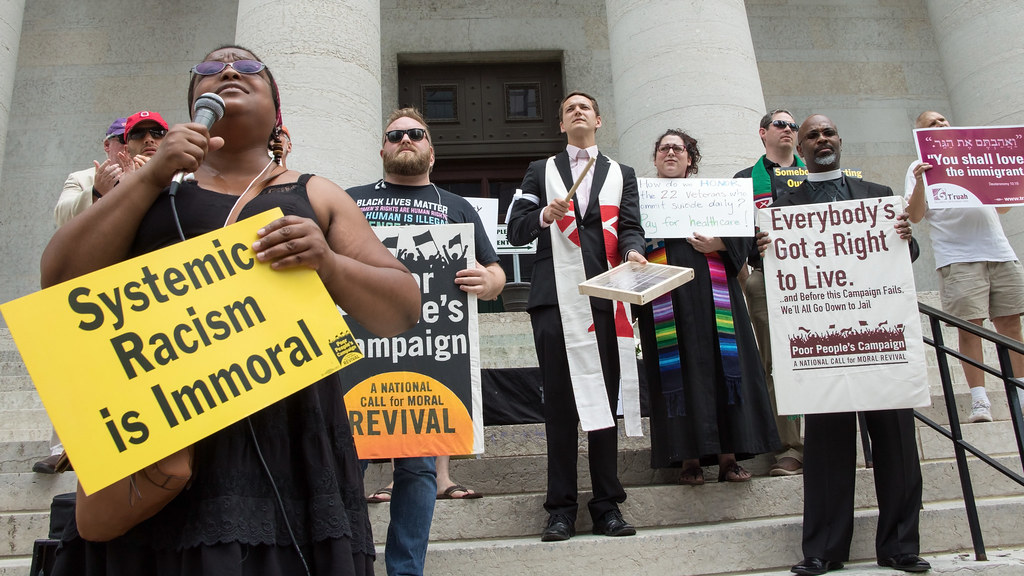 Every day, millions in our country are being paid poverty wages, struggling to make ends meet.

This Saturday we are uniting with the Poor People’s Campaign to demand justice.

Every attack on the poor must embolden our agitation. Lack of healthcare, lack of living wages, black men & women getting lynched. Rise up!

There are 140 million poor and low-wealth people in the United States. This didn’t happen by accident — systemic racism keeps the inequality workers experience in place as corporations like McDonald’s prioritize profit over workers, forcing their own employees to struggle from paycheck to paycheck.

It’s time to come together to demand what is ours—$15/hr and a Union, health care, racial and economic justice and more.

Rise up with the Fight for $15 and Poor People’s Campaign: RSVP for the Mass Poor People’s Assembly and Moral March on Washington Digital Gathering on June 20th.