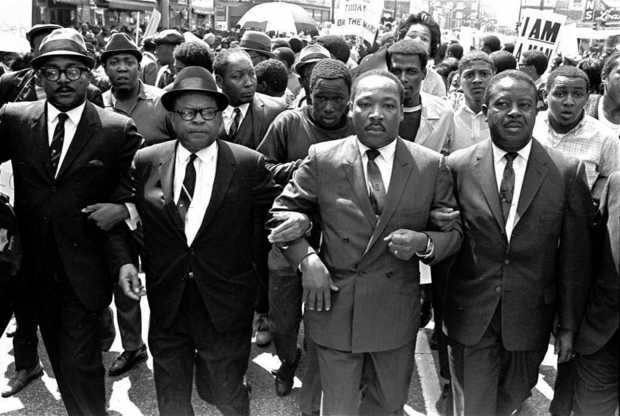 Fifty years ago, Dr. Martin Luther King Jr called for a “revolution of values” in our nation – taking a stand loud and clear against militarism and racism and for economic injustice.

Exactly one year later, he was killed – marching with striking sanitation workers here in Memphis.

But the movement did not end with Dr. King’s assassination. Millions have picked up his mission, have continued to fight for the dream.

Today, the Fight for $15 and the Movement for Black lives carry the fight forward. Watch the video to see why that matters.

When we come together, we win. Protest works. In fact here’s another anniversary for you – one year ago today, 10 million workers won a $15 an hour minimum wage in both New York and California.

That’s why we fight, why we will always keep fighting. We’ll have more updates from the front lines soon – be sure to check back.