Statements in Response to the Proposed Referendum to Overturn AB257 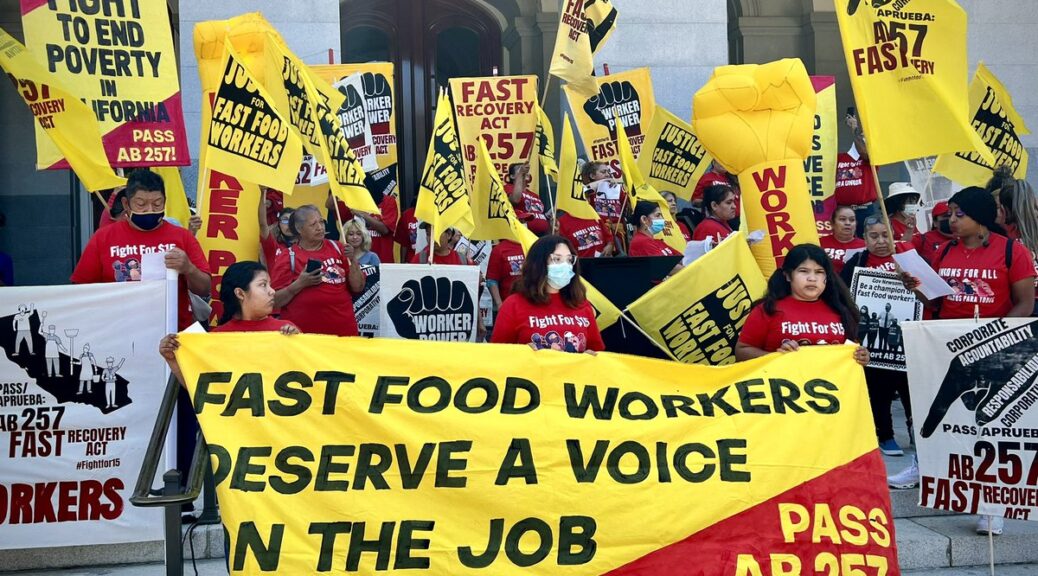 See below for statements in response to the proposed referendum to overturn AB 257, a California law to protect and empower the state’s more than half a million fast-food workers.

Sandro Flores, Los Angeles Carl’s Jr. worker and leader in the Fight for $15 and a Union

“We took on the most powerful corporations in the world and won a seat at the table to raise standards across the fast-food industry. But instead of sitting at the table and working with us to improve the industry for workers, franchisees and consumers alike, global, billion-dollar corporations are planning to spend hundreds of millions of dollars to prevent us from having a voice on the job.

“Why are these wealthy fast-food companies so afraid of giving their Black and Latino workers a seat at the table?

“McDonald’s and Burger King want to repeat the same playbook Uber and Lyft used in 2020 with their $200 million campaign to deny gig workers their basic rights and benefits. That’s not respecting democracy or workers’ rights — that’s a corporate power grab.

“McDonald’s set a record for operating income and made $7.5 billion in profit last year. CEO Chris Kempczinski took home $20 million. But instead of listening to the workers who helped the company thrive during the pandemic, McDonald’s is spearheading an industry-wide fight to silence us. This isn’t about small businesses. It’s about some of the richest companies in America using their hefty pocketbooks to subvert democracy.

“We won AB 257 by speaking out, standing up and going on strike to show billion-dollar fast-food corporations we need a voice on the job to force them to take responsibility for systemic issues like violence, low pay, wage theft and sexual harassment. This ballot measure isn’t going to stop us. We are going to lead the way toward winning an industry that works for everyone.”

“In their fight for a voice on the job through AB 257, Black and Latino fast-food workers stood up to the wealthiest corporations in the world — and they won a landmark victory for working people everywhere. Now, in an act of extraordinary greed and cowardice, fast-food corporations are looking to buy their way out of a law intended to lift pay for their workers, ensure their stores are safe and healthy and improve the industry for everybody.

“The proposed referendum on AB 257 is nothing more than a thinly-veiled attempt to silence more than half a million fast-food workers in California and intimidate workers everywhere from demanding a seat at the table. This isn’t how companies act when they’re proud of their business model. It’s how they act when they’re terrified of their own workers and the power of collective action.

“Instead of fueling a race to the bottom in fast-food, McDonald’s should lead the way toward a future in which workers, franchisees and corporations work together to address the most urgent issues facing the industry. If McDonald’s actually wants to support communities of color throughout California, it should drop its support for this misguided referendum and listen to the workers and consumers who fuel its profits.

“SEIU is committed to supporting fast-food workers in their fight to defend this landmark law and use their voice to create the change their industry and their communities need.”