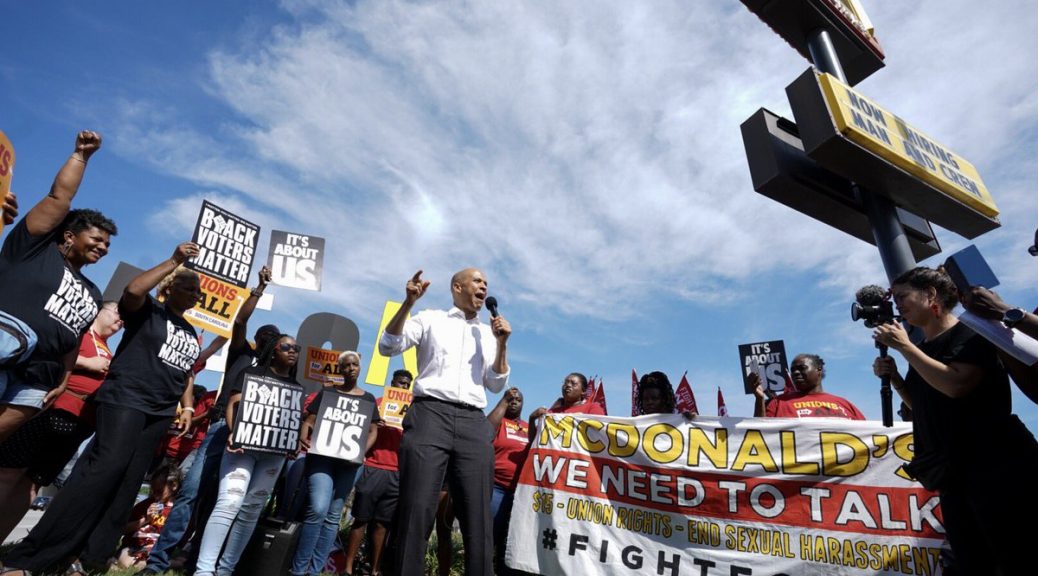 The September 12th debate in Houston showed the STRENGTH of our message in demanding racial and economic justice by raising the minimum wage and winning unions for all.

Senator Sanders said that “every worker in this country deserves a living wage and that we expand the trade union movement.”

It’s time for the Senate to take up the #RaiseTheWage Act and give every American a $15 floor! pic.twitter.com/cJasKr3XBC

Mayor Buttigieg spoke to the devastatingly low pay that teachers across America face.

Mayor @PeteButtigieg at the #DemDebate

“We need to pay teachers more”

Heartening to hear so many candidates stand up on stage and defend teachers, their workplace rights, and public schools. pic.twitter.com/YAbTswaJiD

Small changes are not what this country needs — we need big solutions to end poverty wages, to fix the rigged economy, to ensure affordable healthcare for all, and to solve our climate crisis.

We won’t stop until every candidate supports #UnionsforAll to make sure that working people have a voice in the decisions that impact their lives — from wages to climate justice.

If any of the candidates don’t yet know that united workers have the power we need to WIN, then we are here to tell them. We need a president who is ready to fight for our opportunities and our futures. Will you join us?

Sign now — ask the 2020 Democratic Presidential Candidates to fight alongside us to win Unions for All!