Thousands protest, hundreds arrested: “We. Won’t. Back. Down.” 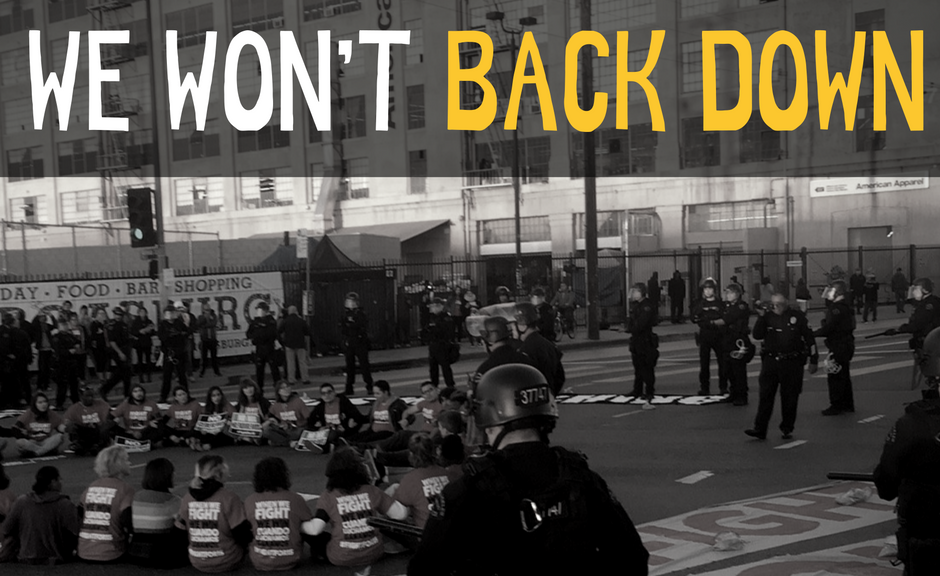 340 cities across the country, we put it all on the line – and hundreds of us were arrested.

In cities like Detroit, Los Angeles, Philadelphia, and Kansas City, where over 100 people were arrested. Minneapolis, where protesters in wheelchairs were arrested in support of home care workers. Raleigh, where the Rev. Dr. William J. Barber II joined us in protest and was arrested right along with us: Before he was arrested, Rev. Dr. Barber made a powerful point that bears repeating:

“In the Trump era, as before, we need a moral revival in which economic justice and racial justice go hand and hand.”

That’s why airport workers and fast-food workers went on strike for $15 an hour and union rights. That’s why home care workers, child care workers, higher ed, and – for the first-time ever – Uber drivers came out to demand $15. And why we fight tooth and nail against every attempt to break up families through mass deportation, ignore structural racism and police killings of black people, or take away our health care.

We won’t back down.