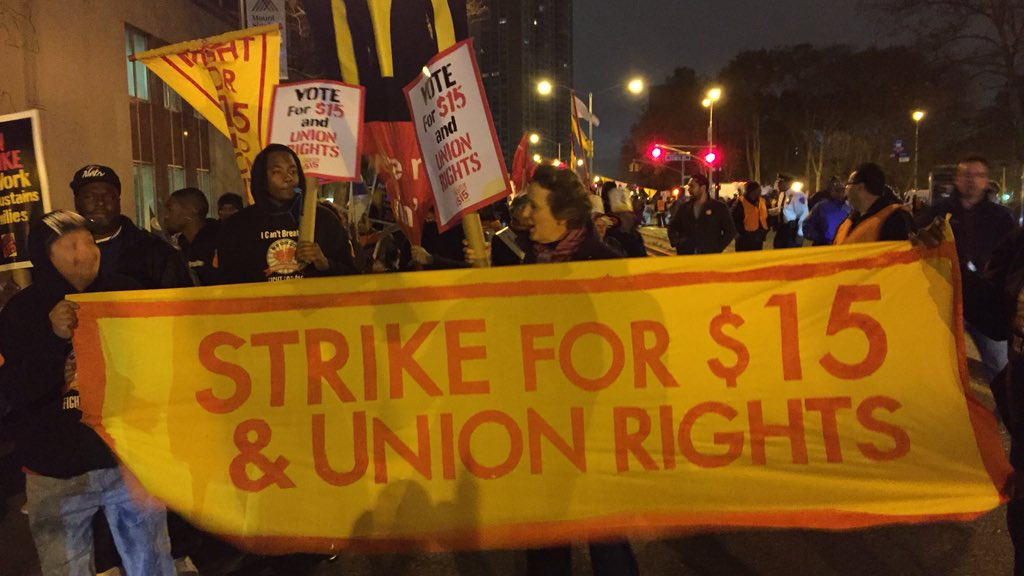 Today, fast-food workers in Houston went on strike to demand $15 and union rights–and they’re making sure the Republican presidential candidates know why. Janice Talton, a Burger King employee, explained in an op-ed for CNBC her reasons for striking and why she’s joining 1,000 other underpaid workers who will be demonstrating outside the Republican debate tonight:

I’m a full-time employee at one of the biggest fast-food chains in the world. But I hardly make enough to divide my paycheck between rent, food, and the electricity bill. I’m so drained by this way of living it’s impossible to care about anything else. For decades, politics has seemed like a distant game I have no part in. I can’t even remember the last time I voted.

Since becoming involved with the Fight for $15, I’ve realized that it’s not just me, and it’s not just the fast-food chains where I’ve worked. All over the nation, fast-food, home care, child care, retail, and all other underpaid workers have been joining together to tell politicians and companies we need and deserve more.

And they’re listening. Last summer, fast-food workers in New York won $15 an hour. In Massachusetts and Oregon home care workers won $15 an hour, and it’s the minimum wage in a growing list of companies, such as Facebook and Aetna.

Stand with Janice and the Fight for $15: Sign the pledge to vote only for candidates who support $15 and union rights for the 64 million underpaid workers across the country!