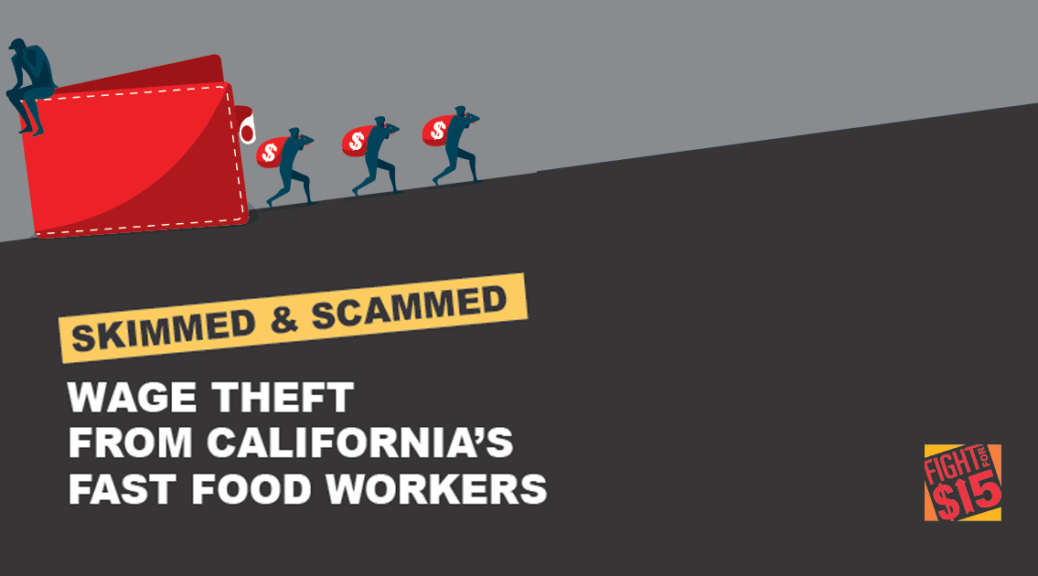 California’s fast-food industry is one of the largest, fastest growing private sector employers in the state. The global fast-food corporations that operate in California make billions of dollars in profits, yet fast-food workers rank among California’s lowest paid large occupational groups.]Over the course of the pandemic, fast-food workers emerged as an essential workforce, helping to feed communities and fuel local economies across the state.

New survey finds fast food workers – employed by some of the world’s largest, most profitable brands – face rampant wage theft by our employers.

The survey finds that the vast majority of fast-food workers have experienced wage theft. Specifically:

While other low-wage, high-violation industries like garment manufacturing and agriculture have seen legislation aimed at reform, fast-food has not.

AB 257, the FAST Recovery Act, is landmark legislation that addresses the imbalance of power in the fast food industry and its rampant labor violations. AB 257 would guarantee fast food workers and fast food franchisees a seat at the table to help shape sector-wide workplace standards and give them the ability to hold corporate franchisors accountable for providing safe and equitable working conditions.