We NEED $15 too: Underpaid workers rally nationwide for $15! 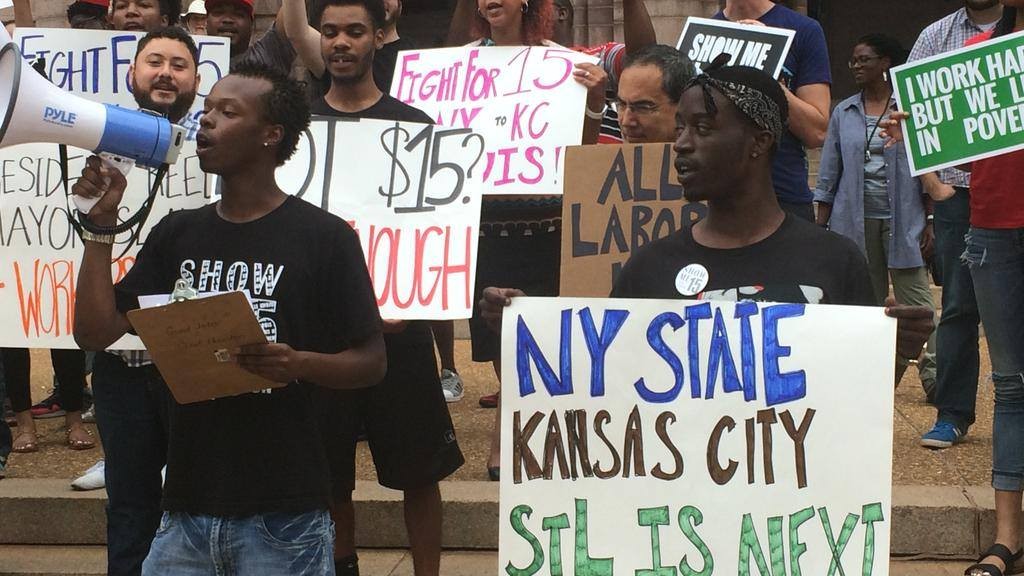 In the wake of an unprecedented recommendation from the New York wage board to pay the state’s 200,000 fast-food workers $15 an hour, underpaid workers across the country applauded New York’s move and filled the streets in their communities saying if the Empire State can pay $15, their cities can do it too.

In dozens of cities across the country, fast-food, home care, child care and other underpaid workers sharpened their calls for $15 and demanded that their elected leaders follow New York’s lead and find a path to $15 an hour and union rights.

“We need $15 not just in New York, but also in Durham,” said Abdul-Jalil Rasheed-Burnette, 39, who has worked at Bojangles in Durham, NC for eight years and is paid $7.50 an hour.

Once considered a long shot, $15 is now a reality in cities including Seattle, SeaTac, San Francisco and Los Angeles, and is the minimum pay at leading companies like Facebook and Aetna. And we won’t stop fighting until we WIN $15/hour for all underpaid workers across the country.