We organized. We voted. We won. We’re not done yet. 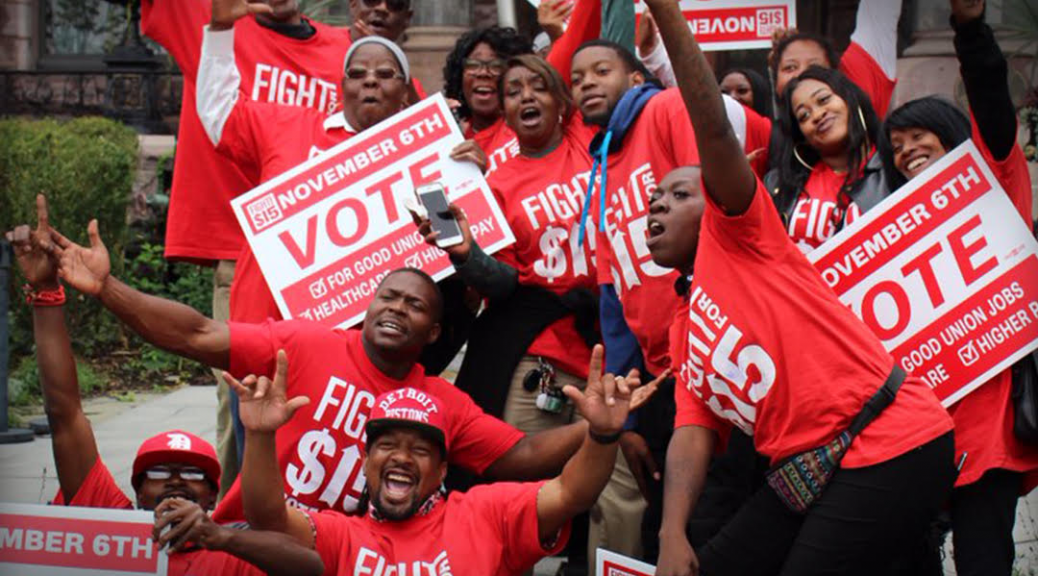 Last night, our movement – you, me, and the Fight for $15 – won major victories all across the country. In cities like Milwaukee, WI and Detroit, MI, we proved the Fight for $15 and A Union is stronger than ever – and we’re just getting started.

Make sure everyone knows workers are here to un-rig the system one corrupt politician at a time – and WINNING. Get LOUD by sharing this on Facebook now. >>

Here’s just a taste of what we made happen last night:

Show everyone we’re not backing down by sharing our victory now. >>

This is just the beginning. Our fight to build power for workers and win union rights all across the country continues.

Today, we take a moment to celebrate – and then tomorrow, we take the power we just won and leverage it into higher wages and stronger unions for workers everywhere.