Wins at Amazon. Wins at airports. WE WON’T STOP.

This is thanks to the passion and advocacy of the Fight for $15 workers who’ve been speaking out, walking off the job, and marching for years.

But this movement isn’t decided by a single victory. The rigged economy is working against too many of us, and all workers — including those at Amazon and airports — won’t be safe until they have a union.

That’s why the Fight for $15 is ON STRIKE for Unions for All right now at airports around the world today — with additional strikes happening across the country over the coming days. 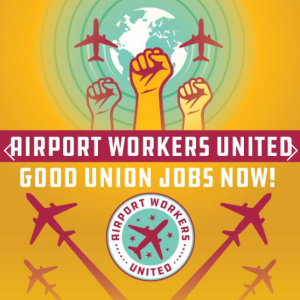