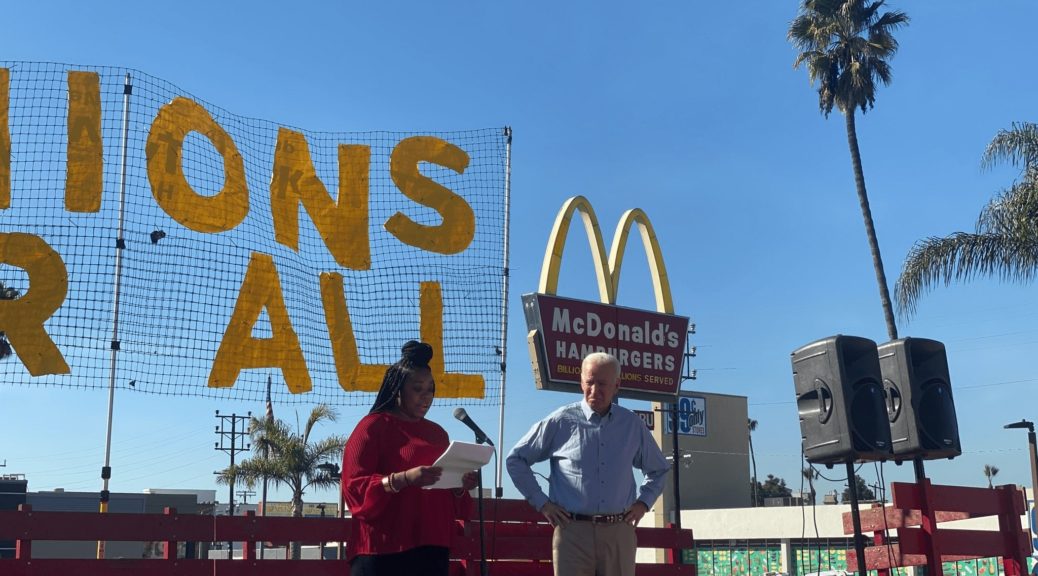 Hours before the most recent Democratic presidential candidate debate in Los Angeles, hundreds of workers went on strike with the Fight for $15 and a Union. Angelinos were out in full force as McDonald’s workers, rideshare drivers, and home care workers were united in their demands for better pay and union rights.

The rally was also joined by former Vice President and Democratic presidential candidate Joe Biden. His call for workers to unionize energized everyone who joined the strike:

“The fight for 15 is about a lot more than $15 an hour … this is about a fight for your dignity. You should be able to and we should unionize McDonald’s” – Vice President @JoeBiden speaking to striking workers ahead of LA #DemDebate. #FightFor15 #UnionsForAll pic.twitter.com/qZVLVvwDsw

Over the last year, Fight for $15 and a Union workers have gone on strike to demand an end to the epidemic of workplace violence, address sexual harassment on the job, and more. Now, with the support of major Democratic candidates running for president, our movement is growing even more powerful.

Unions are what have given the working class a fighting chance at prosperity in our nation, we won't back down.#FightFor15 #UnionsForAll