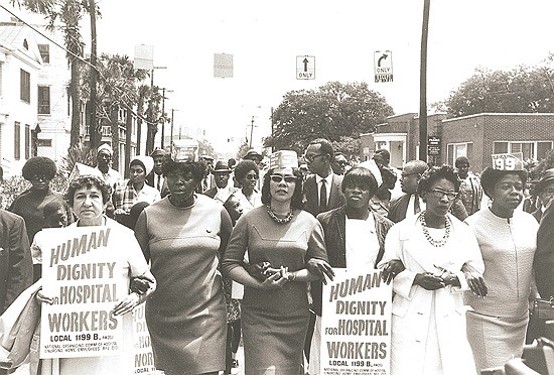 Our nation’s need for a moral revival grows more urgent every day.

Last week, we announced a roadmap to make it happen – one that includes a living wage and union rights for ALL workers.

It’s all part of our work with the Poor People’s Campaign, a historic coalition of movements across issues and faith communities taking aim at racism, poverty, attacks on unions, militarism and environmental destruction.

This Moral Agenda is a path to justice for the 64 million Americans making less than $15/hr: A living wage. Union rights for ALL workers. And the repeal of so-called “right to work” laws that have gutted unions in this country, driven down wages and upended our democracy.

But alongside poverty, it addresses the enmeshed evils in this country that have kept poor people down for centuries – the racism, anti-immigrant sentiment, environmental destruction and reliance on a war economy that are woven into this country’s fabric. THIS is the moral revival our country cries out for.

It’s been over 50 years since Martin Luther King Jr. was assassinated in Memphis, TN. Yet these decades later, our leaders still allow violence, poverty and environmental destruction to keep the poor, people of color and first nations communities in crisis.

It’s our moral imperative to come together to pick up the mantle of Dr. King’s unfinished work. We are proud to join faith leaders and over 100 groups across the country in this heroic and historic effort to take aim at racism, poverty, ecological destruction and more – engaging in nonviolent direct action, massive voter mobilization and power building from the bottom up.

This is just the beginning: starting Mother’s Day, we’re joining the Poor People’s Campaign to launch 40 days of nonviolent direct action – one of the largest waves in U.S. history.

Make sure you’re right there with us. Sign up to join us for the Poor People’s Campaign: A National Call for Moral Revival’s 40 days of civil disobedience.