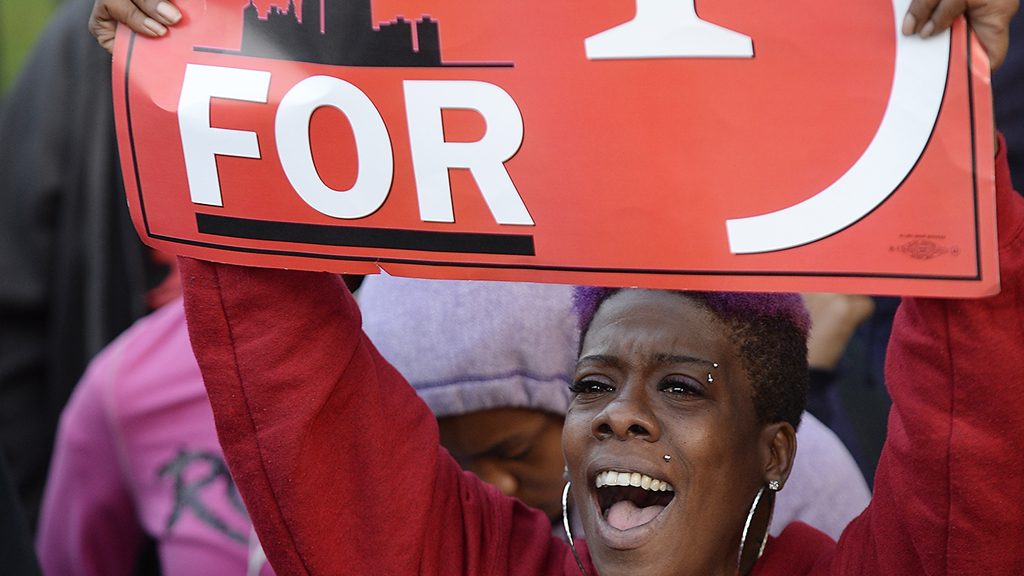 The second round of democratic debates made it clear that the politicians have heard our messages on raising the minimum wage, union rights, and fighting climate change—check out some of the highlights below:

Notice that $15 minimum wage did not come up tonight? I think it's because EVERYONE on stage now agrees that it's necessary. That's a huge win for fast food workers who led this fight, and for tens of millions of low wage workers who deserve a raise. #FightFor15

.@JulianCastro on the quality of the economy "there are a lot of families who are hurting .. ask fast-food workers who I joined a few weeks ago who are working for minimum wage and can't provide for their families"

We encourage every candidate to join us! #FightFor15 #DemDebate pic.twitter.com/04X1IKhgbe

Virtually every candidate now says they support a $15 minimum wage and many are increasingly supporting the creation of a Green New Deal.

But sound bites and vague commitments are NOT enough. Before the debate, we joined protesters in Detroit to demand action on climate change and workers’ rights. Only three candidates have released detailed plans that make it easier for hard-working people to join unions, and the candidates only spent 20 minutes discussing climate change. Candidates need to release plans showing they understand that a Green New Deal isn’t just about climate justice—it’s about economic justice as well.

“We are being robbed and pillaged by industry,” Landrum said, her voice rising to a preacher’s righteous crescendo. “Then you know what we get? A few job promises, and they get to pollute as much as they want.” #FightFor15 https://t.co/RvIUj4K9u7

It is clear that our movement is winning victories for Black, Brown and white Americans alike, and that we will continue to fight and WIN. Candidates can’t just say they are with us on these issues—they need to prove it. Will you join us?

Take Fight for 15’s election survey now to let candidates know how they can PROVE they’ll fight for working people.