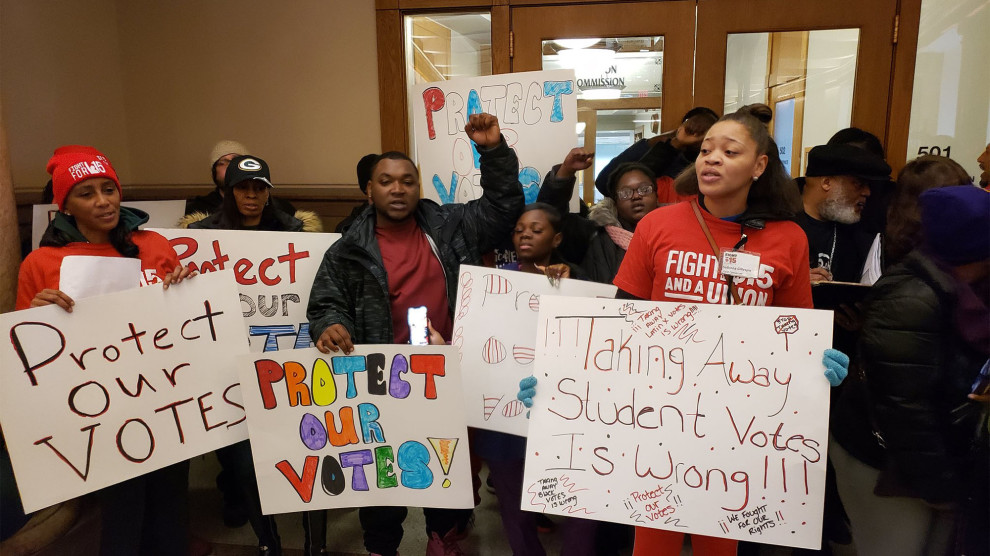 Over the weekend, a judge in Wisconsin ruled that more than 200,000 people can have their voter registrations canceled, just because they might have moved or didn’t respond to a notice from the state.

This is a direct attack on the voting rights of people of color. Black and Brown communities have been disproportionately affected by this purge: Milwaukee County alone, which is 27% Black and 15% Hispanic, represents nearly a quarter of affected voters.

And it doesn’t end there. In Georgia, they’re trying to kick 300,000 voters off the rolls. This is on top of the 500,000+ voters kicked off the rolls in 2017 by a Republican Secretary of State, who then narrowly beat Stacey Abrams to become Governor of Georgia with only about 55,000 more votes.

Your skin color shouldn’t determine your right to vote. That’s why Fight for $15 and A Union workers are fighting back!

We out here, y’all. Conservatives picked a partisan judge in a heavily Republican area to command the state to kick 234,000 Wisconsin voters off the rolls. 3 people at the rally are getting purged and they haven’t moved. We know what they are really trying to do. 👀 #Election2020 pic.twitter.com/LMhaXfE6PK

In 2018, the nation saw what happens when we come out to vote. States across the country are on track to raise wages in 2020, protect workers from sexual harassment, and strengthen the right of collective bargaining.

So now our opponents are trying to override the will of the people and stifle the democratic process.

We won’t let them stop us from voting — too much is on the line.