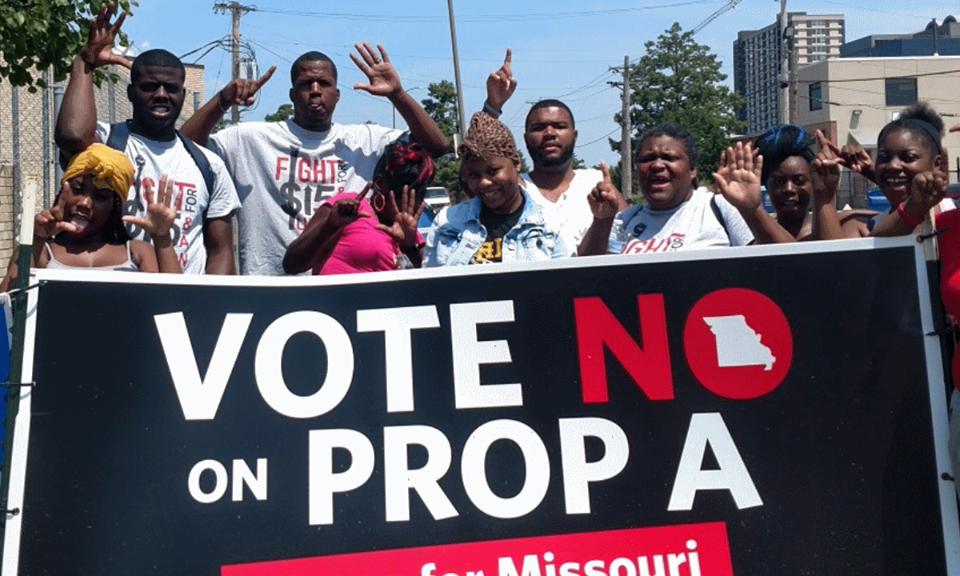 On the ballot was Prop A, a so-called “right to work” bill that would’ve limited workers rights to stand together, form a union, and earn better wages. But working people in Missouri refused to back down and voted to defeat Prop A by a 2-1 landslide.

We’re fired up because the same strength we built through organizing, marching, and striking — the strength that won us raises for 26 million people nationwide — is the strength that’s going to take back power for working people in November. 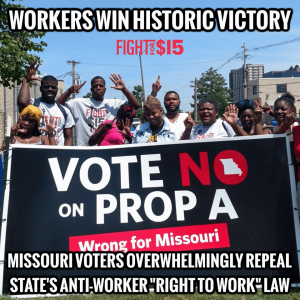 Share this image to show the corrupt politicians and greedy corporations that their time rigging the system is about to expire.